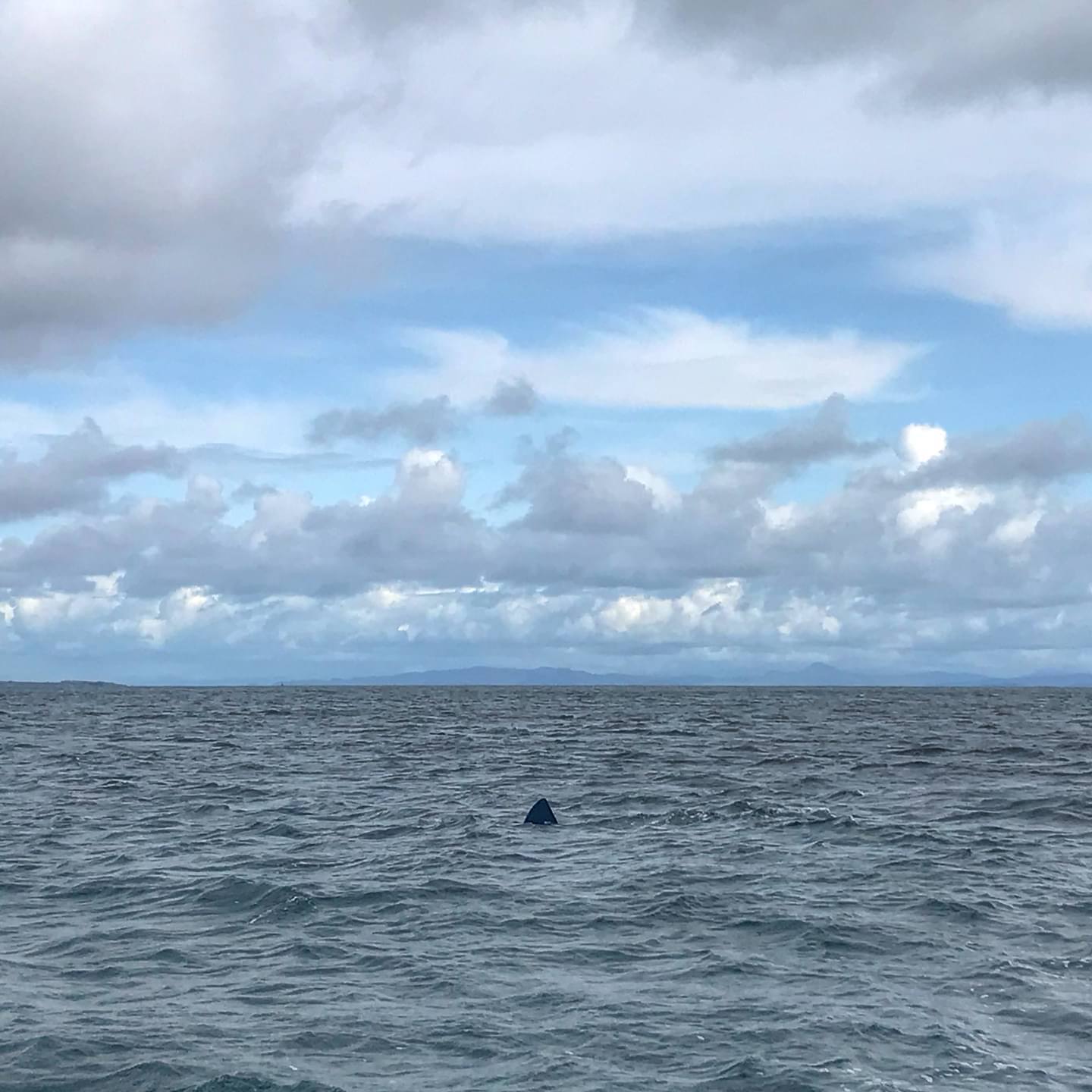 We received our first 2020 basking shark sighting from the Hebrides yesterday (26th April) and we're delighted to hear the big fishes are back in town.

The shark was spotted from Coll (of course) where our summer shark base is located. The basking shark was reported to be a large individual thrashing around, moving back and forward in a bay close to shore. This behaviour is common when there has been thick plankton pushed in to a localised area and the sharks swim in tight circles to feed on it. From the surface these movements may seem erratic but if there is a very good feeding opportunity they will go all out to scoop it up!

The timing is generally early for the Hebrides, it is usually May-June time when we first get sightings and our shark tours begin. However, it's not the first time for April basking sharks as in 2015 we had one turn up on April 5th! This was very early and the water was still ~8 degrees.

Although the timing is early this year it is not surprising given the current conditions around the west coast of Scotland. We've had very settled weather, with unsually warm and sunny conditions. Up to 27th April we have only had 8.5mm of rainfall!

It is possible that the plankton blooms recorded earlier this month in the south of the UK could have now pushed North. Seen here from an image taken in late March from Peter Miller, from the Plymouth Marine Lab.

As this #EarthObservation image was so popular I thought I'd provide a higher resolution version; beware it's 1.5MB if you expand it! #Sentinel3 OLCI Enhanced ocean colour composite 20-26 Mar. 2020, 300m resolution but Twitter reduces it to ~620m. pic.twitter.com/UtD0XhmwOs

From all our years operating and studying the basking sharks in Scotland we have found there are three distinct times where sightings are consistant.

Did you want to swim with a basking shark? We hope this information will help you plan your visit!