Well....... what a whirlwind for the last few weeks!!!! It's meant to be quiet season at this time of year preparing for the summer ahead!!

We took Cearban back (home) to Redbay in Northern Ireland at the start of February for some repair work. Leaving nearly a month before the first dive trip at the start of March, we thought there would be loads of time to get her back across the North Channel. However the Jetstream has had other ideas and had sent constant low pressure storm systems our way. It was getting touch and go to bring her back in time, but a last minute weather window appeared and Shane dropped everything to hit the water. Taking another boat down, he left Oban around lunchtime, and braved the Atlantic waves on the crossing over. A quick changeover at Cushendall where he picked up Cearban and then quickly sped back across a choppy North Channel to reach Islay on dark. From there it was still another ~60 miles back to Oban in black dark, wind snow and hail. Tired from an epic journey, we were relived to have her back to Oban, ready for the weekend divers...or so it seemed! 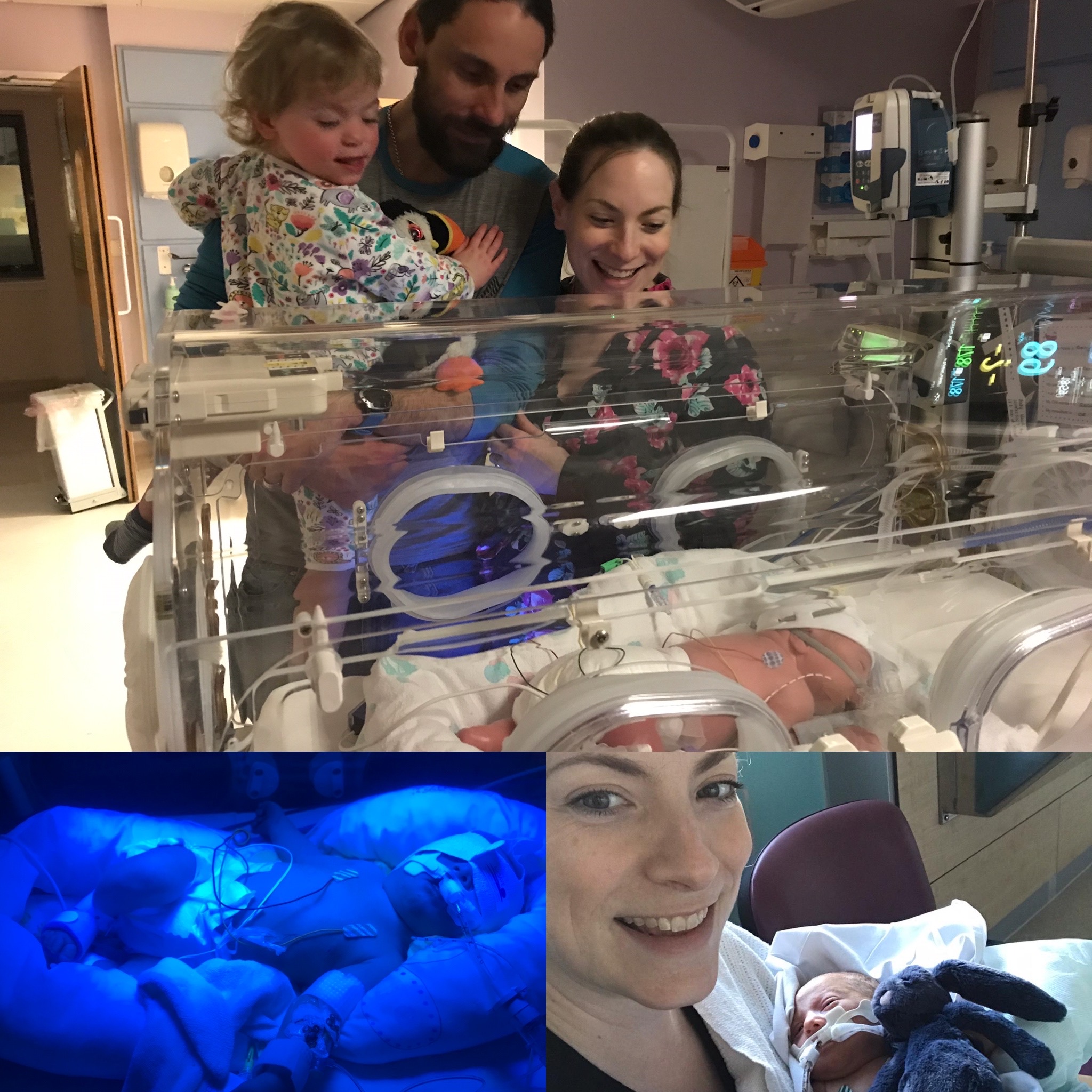 On the friday Shane managed to organise a last minute repair to Cearban's canopy as it had been damaged by the winter storms. Thankfully we found somewhere to do the job last minute near Glasgow, however just as the guys had finished the repair, that's when Nikki rang Shane to say that the she was in an Ambulance on the way to Paisley hospital with their son very keen to come out and see the world. Like Mara their first child, Torran arrived before he was meant to at 33 weeks and had the associated problems with that. Although Oban has most mod cons including a good hospital, the nearest specialist unit is near Glasgow, which means that Nikki has to be based there for around a month with Shane based in Oban with Mara. It's a tricky time for the family being split apart and dealing with everything, but the wee man is improving day on day and hopefully be home to Oban before Easter. Nikki and Shane are really appreciative of all the messages and gestures of support from everyone!

The timing of Torran's arrival on late Friday didn't really help things with Rachel our new Ops manager (taking over from Nikki on maternity) due to start on the Monday! We had planned a few weeks of handovers and smooth transition, but in true style, Rachel was thrown straight into the whirlwind!!! Rachel joins us from many years working overseas in a variety of wildlife and diving industry positions, along with completing her Zoology degree in the UK. She brings a lot of office, scientific and practical experience to our operation. She's settled in well and is looking forward to explore the islands and our wildlife. She'll be the first point of contact for our admin side in the immediate future so she's ready to help with all your bookings! Check out her bio on our staff page here. 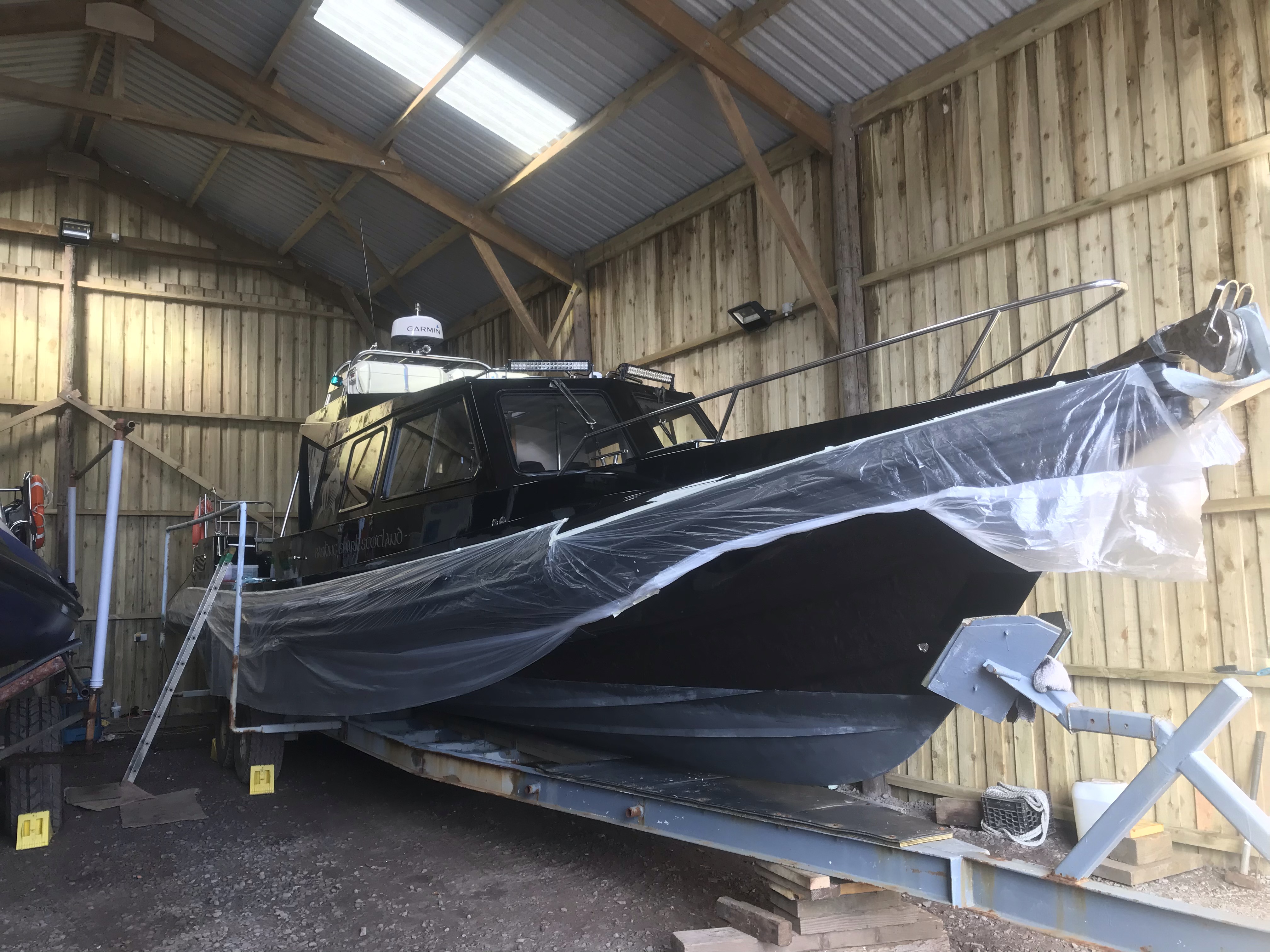 The big boat has been well tucked up all winter and she's getting some attention this spring before being re-launched. Arriving completey new and bespoke just before our 2018 season we're keeping her in tip top condition for our tours and hopefully she'll look like a new boat for many years to come. Like a car, in piano black, her gel coat needs a lot of work to keep looking good.  We've had the awesome Leon from West Coast Shine in to spend a few days attending to her and she's looking very very shiny!!! We're excited to have her out and about round the coast next month and if you hadn't had a closer look at the boat, check out the blog about her first arriving to Oban here.