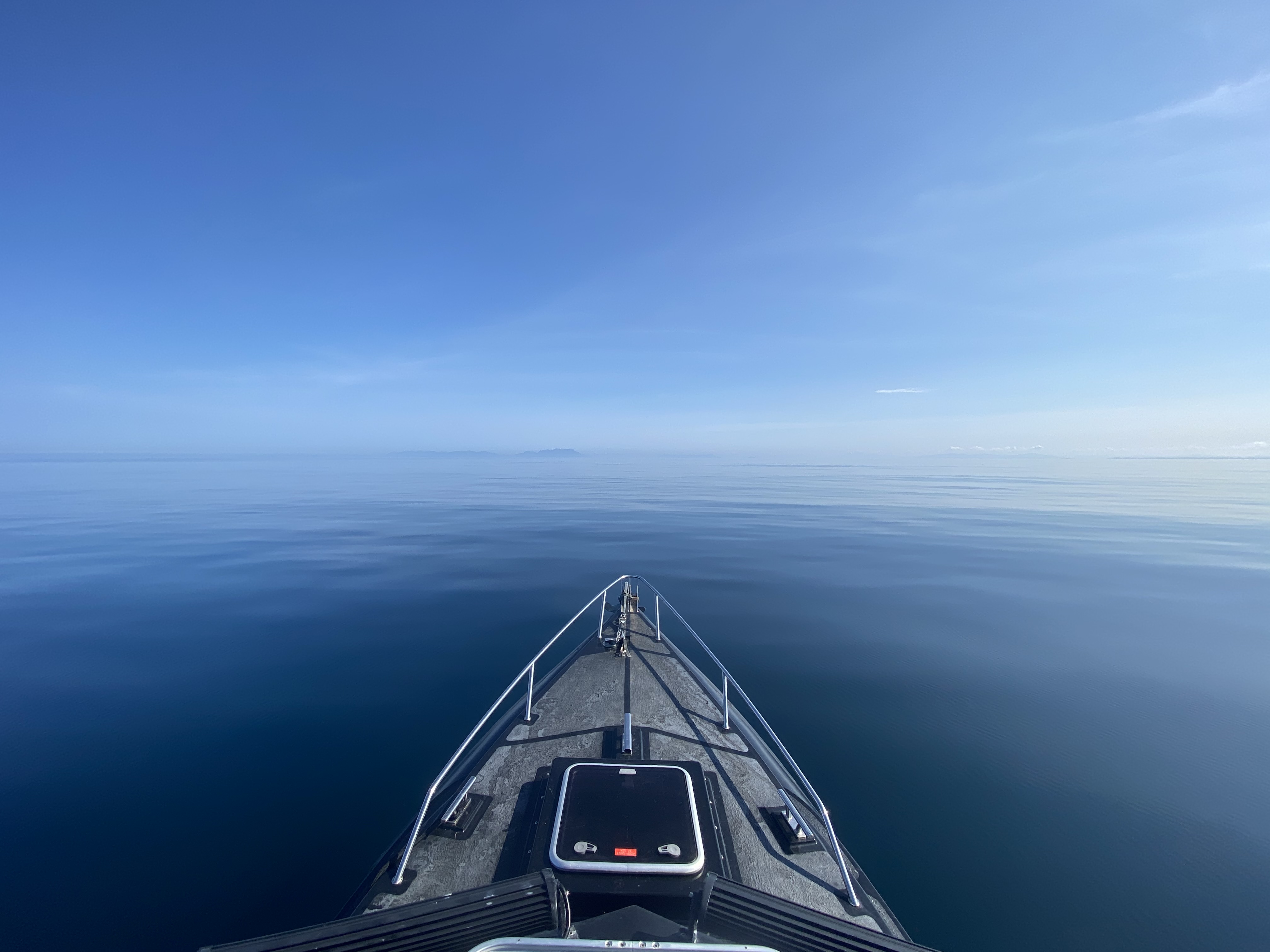 2021 summer for us in the Hebrides was one of contrasts. Normally, it's the standing joke that summer bypasses us and we have the full brunt of the Atlantic ocean & weather. However this year was quite different - it’s very unusual not to be able to stand on the boat deck bare feet as it’s too hot!!! The summer was defined by a blocking high pressure which created abnormal wind direction, with us having more easterly and northerly winds than usual and very calm conditions.

Our prevailing wind direction is normally west or south west, accompanied by passing weather fronts. However these tumultuous conditions also creates energy, nutrients and productivity. So it's not just a case of bad weather -  the old fisherman will always tell you the tale that the fish bite least when the wind's from the east! A nice rhyme but these are from old times where we would pay far more attention to the weather as our existence was more subsistence based! 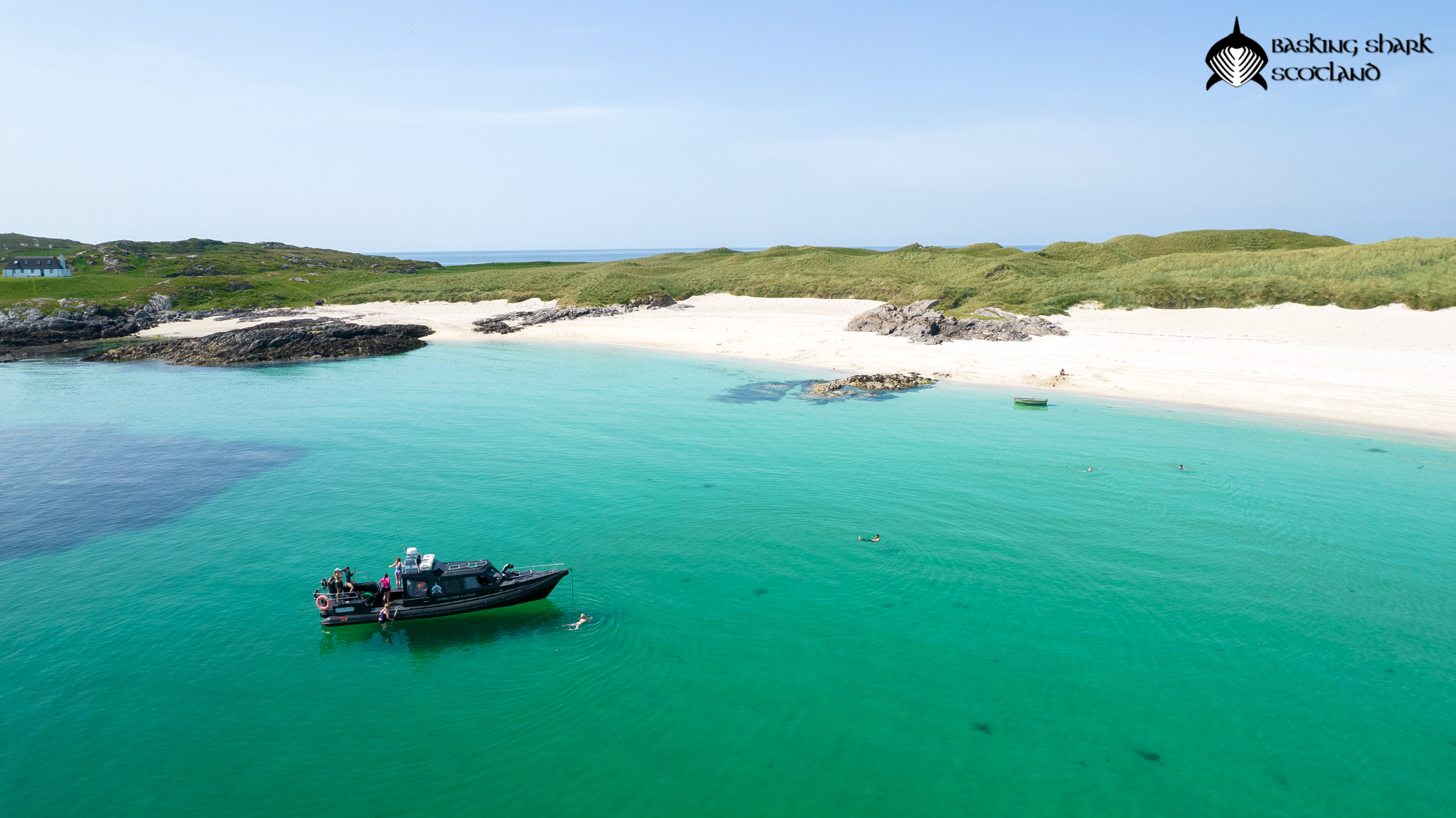 The general weather over our summer was one of calm winds, settled seas and sunny conditions, with phenomenal water clarity. Almost perfect conditions for exploring the islands at sea, snorkelling and having a great time on and in the water! We can remember few days in the past where it's been so hot the deck of the boat was burnt the soles of your feet and we needed to throw water on the deck to cool it down. In some ways it was very hard to complain or critise the weather -  living and operating in the west highlands, we have a wet climate and sunshine is always in short supply. Settled weather always make life a lot easier, especially when operating tours in exposed locations. However as time went on over the summer, there was more and more indications of some being amiss in natures delicate balance. 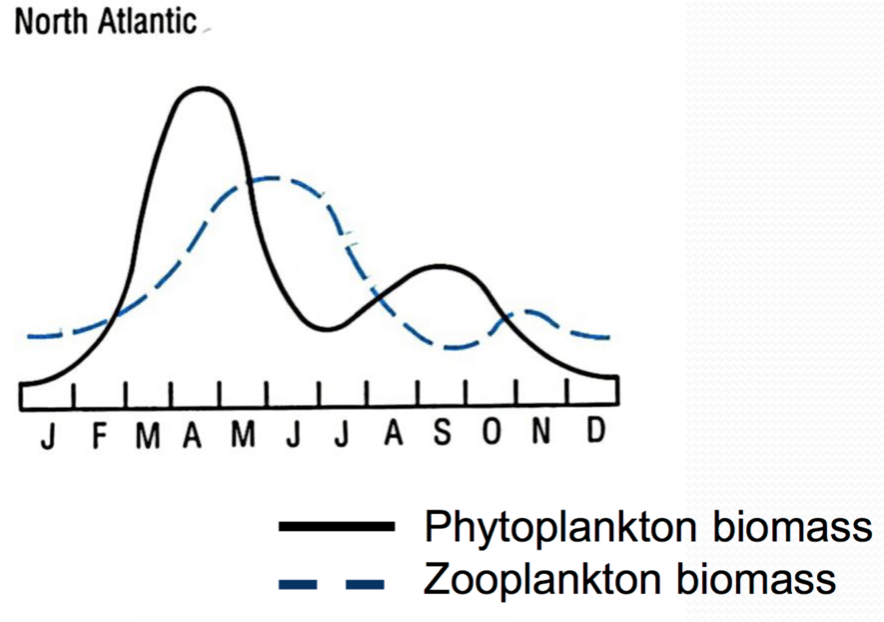 What we need to feed our visiting gentle giants is zooplankton and specifically a type of zooplankton called Calenoid copepods. This plankton soup creates much reduced visibility and was clearly the opposite of the conditions we required as you can see in the picture above. When we did find the sharks, we found them feeding at depth or spending very little time on the surface.. The water column had defined layers with a very clear and lifeless shallow area, with a much more alive layer with reduced visibility below. It was clear that the food layer was deeper than usual! Basking sharks feed in this plankton layer which is usually at the surface and therefore show their dorsal, tail and snout. This is main way in which to find and observe the sharks.  However if the sharks are feeding deeper their whole body remains underwater making them very very difficult to find.

See below for a few videos of the sharks feedings behavoir from summer 2021, their presence low in the water or remaining underwater was a sign of the food being deeper before we were able to dive down and confirm this ourselves.

Through the start of Autumn there was also lots of data that was released from the likes of the Met Office & World Climate Service, showing the weather patterns from the summer. These detailed how dry, calm and warm it had been this summer! See below for a number of these graphics which demonstrate this. Normally the weather is variable, creating mixing in the ocean, wind and current driving production. However it seemed this was effected by having such settled, dry conditions for such an extended period of time. 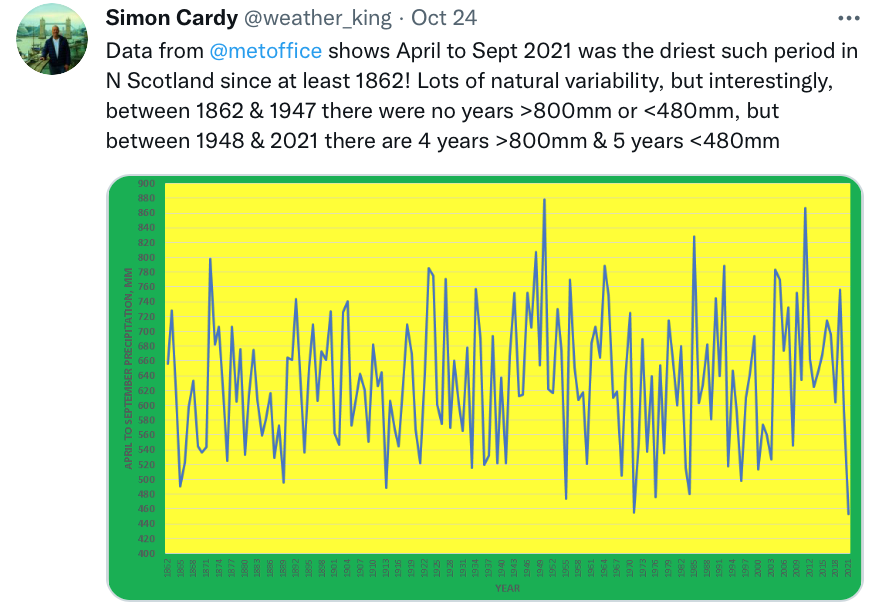 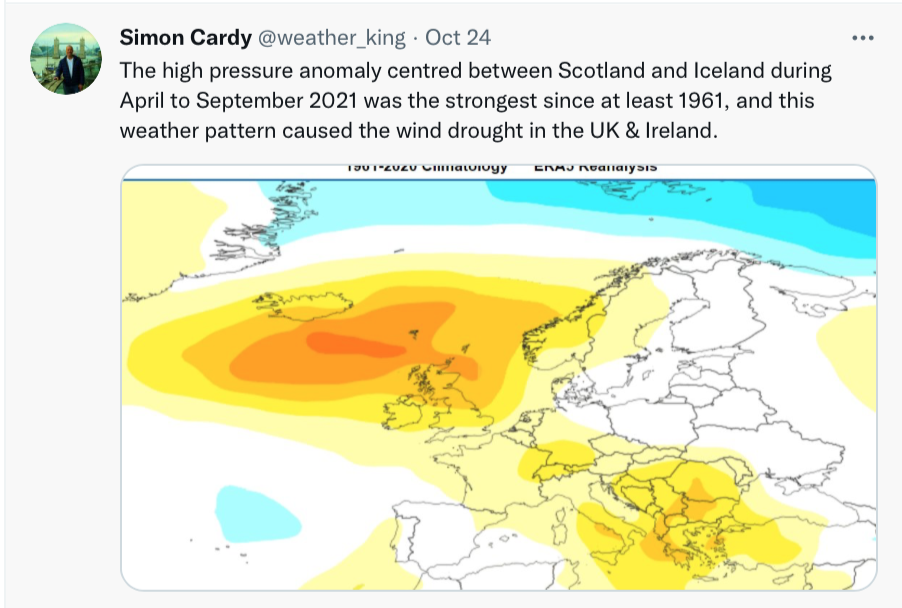 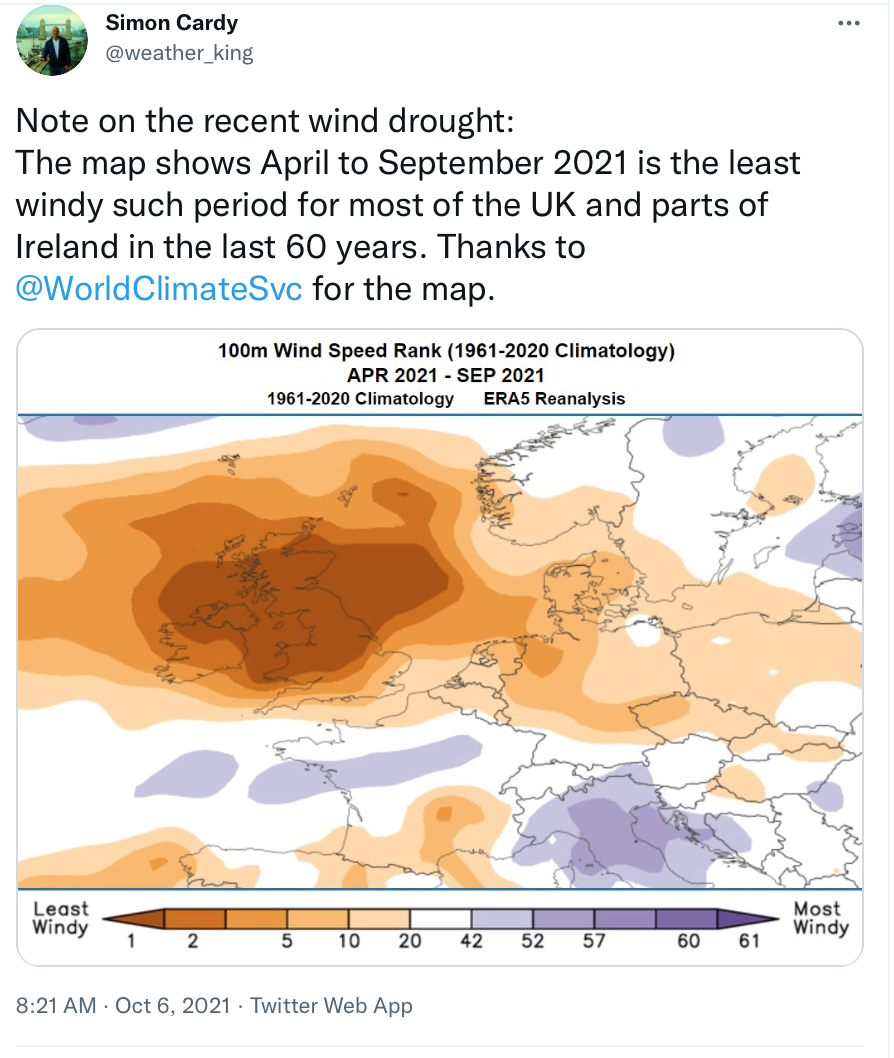 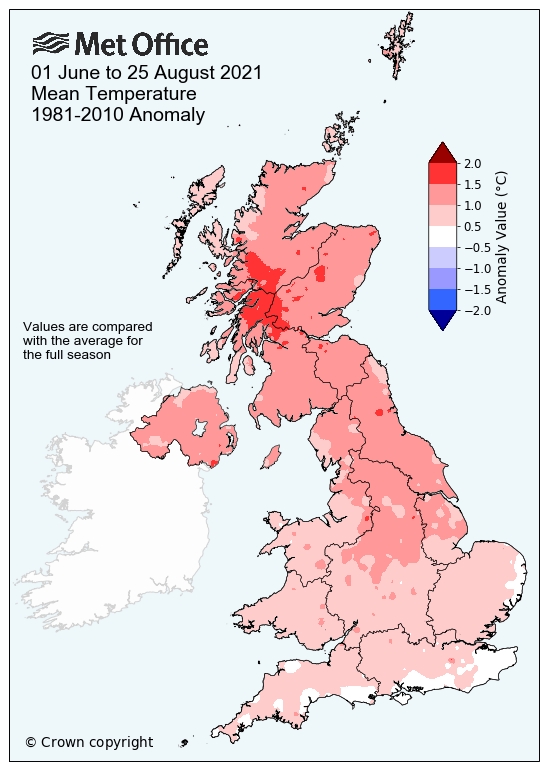 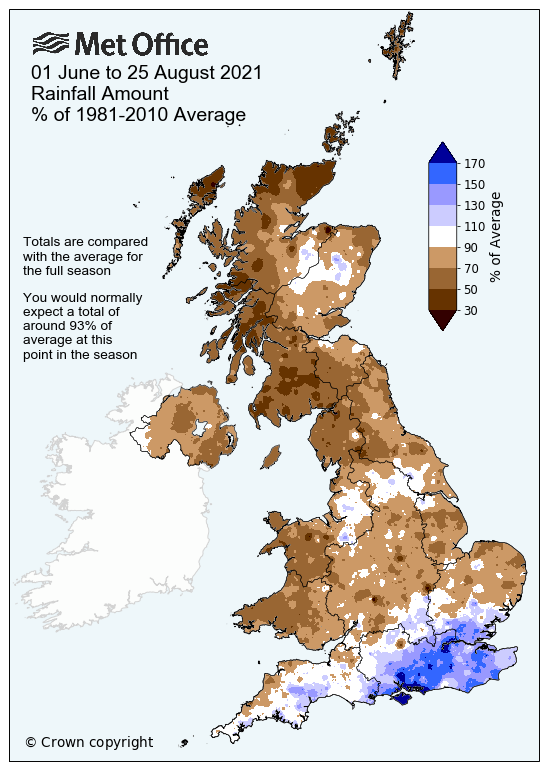 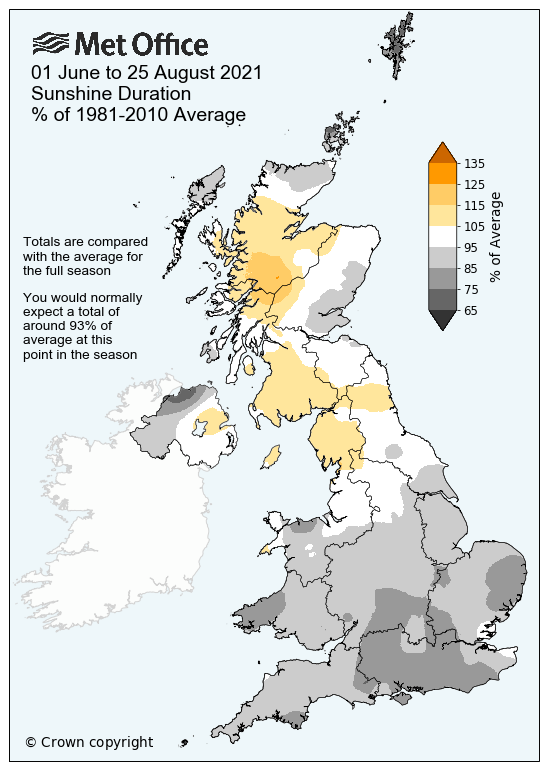 The calm conditions did allow us to observe cryptic species that we may not normally get to see. One example is the bluefin tuna that we had numerous sightings of over the summer. It was only during the oily calm days that we would see the wake from the tuna swimming just under the surface. However we did have one day we were able to send up the drone to capture some really cool footage of the tuna swimming along just under the surface. This is a good blog to highlight the tuna's presence too - as many people would read through these observations and point to climate change / global warming as a reason for tuna coming to Scottish waters. There are two main points to this, one is that tuna are not a new species for these waters. It's just they were so heavily fished earlier this century that they disappeared. Thankfully after better management they seem to be now recovering and perhaps our increased sightings are due to this. It's a concept known as a sliding baseline - ask someone who spent time in these waters around the 1930's then they would say that tuna were very abundant fish. Ask someone in 2021 they would say they don't live here or are a very rare visitor. The second point is the reputation around temperate oceans and what the general public perceive them to be like. A previous stigma that Scotland has cold, lifeless, dark and murky ocean is one that many are trying to change. The reality is, that it's a very abundant, vibrant ecosystem with much exciting megafauna! Some of the examples we always use is the likes of ocean sunfish, leatherback turtles and tuna - species that people would not associate with Scotland.

The other oceanographic issue that was being monitored over 2021 was large blooms of dinoflagellates. These are a type of algae that form part of the phytoplankton. However they can bloom as a single type of phytoplankton (rather than as a mixture of different types) and cause problems by creating harmful blooms, or creating such a biomass they use up all nutrients. They can also cause imbalances, where these blooms remove all the preferred diet of our normal zooplankton species so they are then left with nothing to eat and die off. This may have also contributed to the limited zooplankton abundance this year and the effects from it. These dinoflagellate blooms were recorded in the Minch and Clyde off West Scotland (i.e beside us). Also through the English Channel and Southern Brittany in France (which had been observed since mid August). We did see something similar but not as defined in 2014 where we had very early phytoplankton bloom and late zooplankton bloom. There was little food for the zooplankton and it died off early - again leaving very clear/warm water. 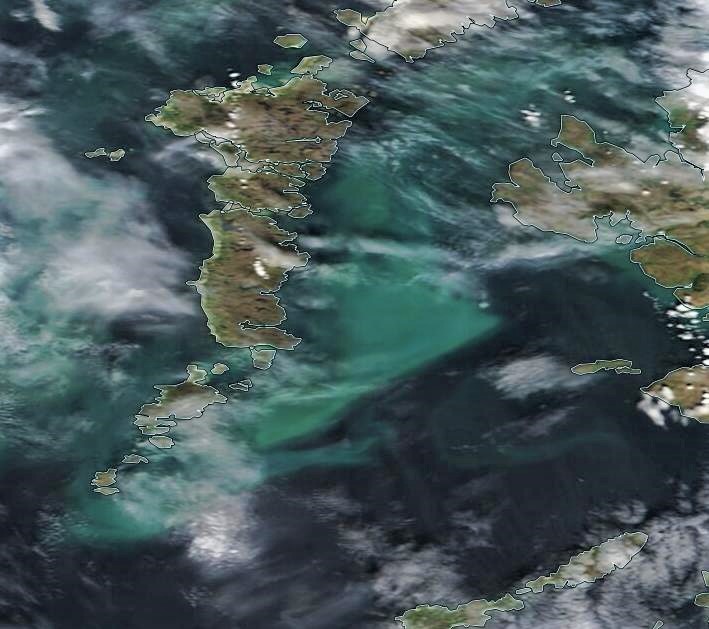 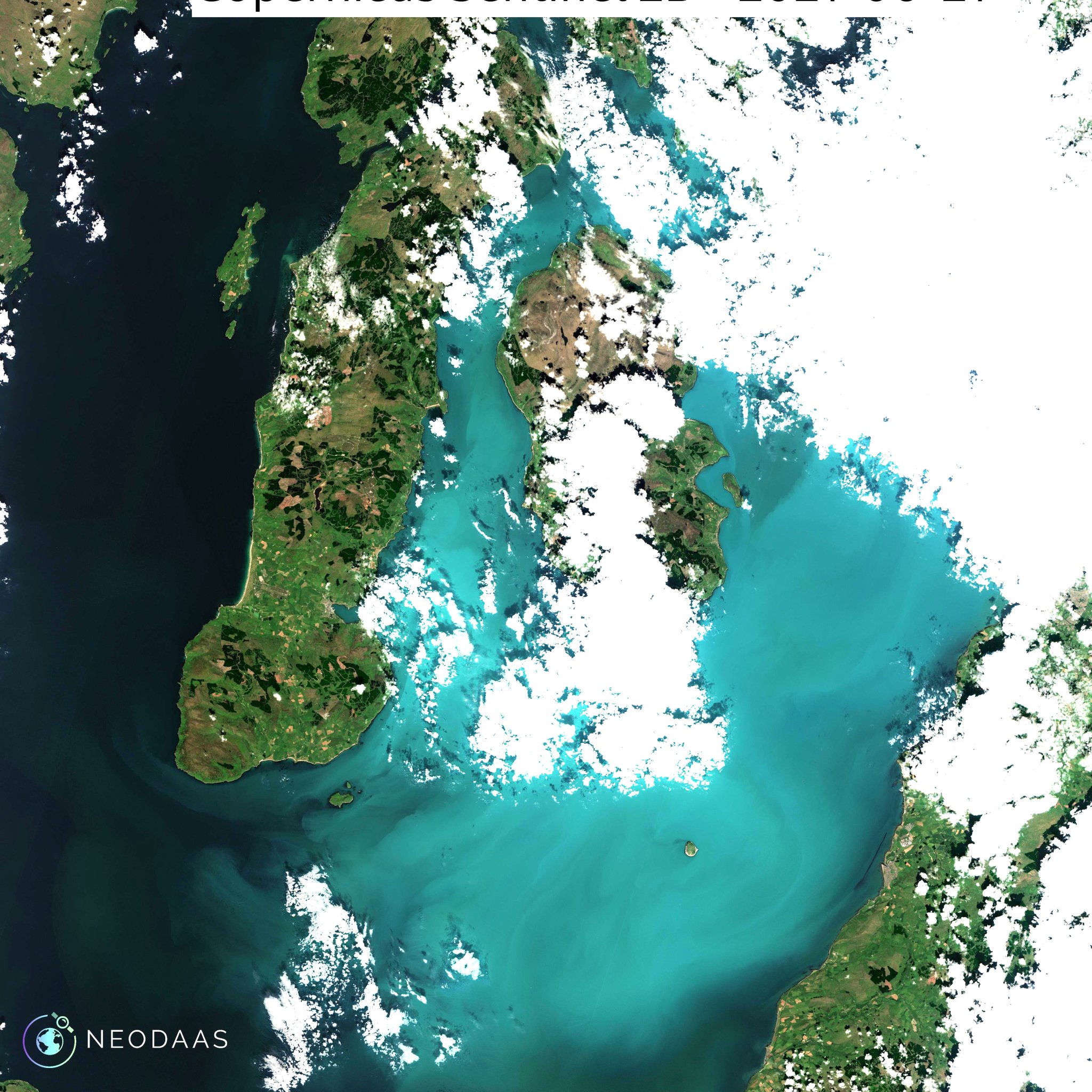 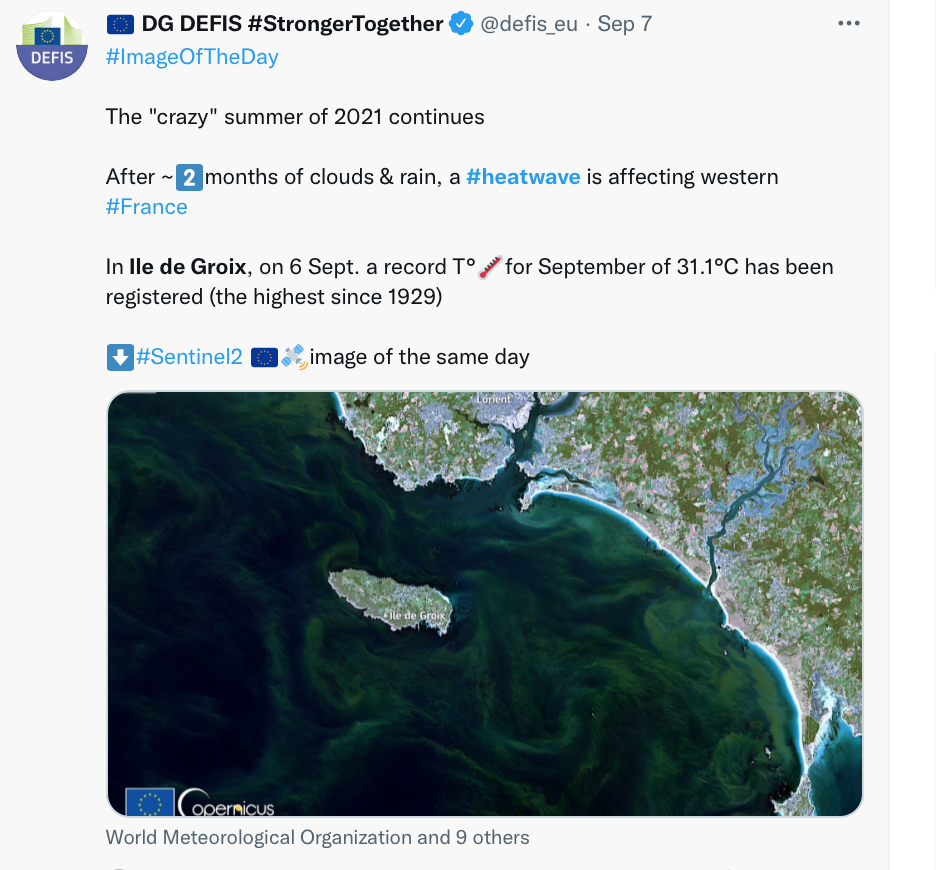 On some occasions, where we would normally see lots of birds feeding offshore, there was very little activity on the surface. This may be that since the plankton layer was deeper (or absent), the fish were feeding deeper and therefore it was hard for the birds to find the fish and they moved to other foraging grounds. In Autumn it was alarming to hear reports of emaciated birds dying and washing up - perhaps related to the summer where the birds should have been feeding and putting on weight for winter.

See below for an autumn image of plankton bloom (although we're unsure whether this was confirmed to be dinoflagellates over other phytoplankton) and possible links between these blooms and strange behaviour of seabirds. In particular, guillemots, which were found feeding in rivers and unusual places, along with being found washed up, in emaciated states, along with a number that had died.  Here's a link to the article about the connection of the bloom study and seabird recording. 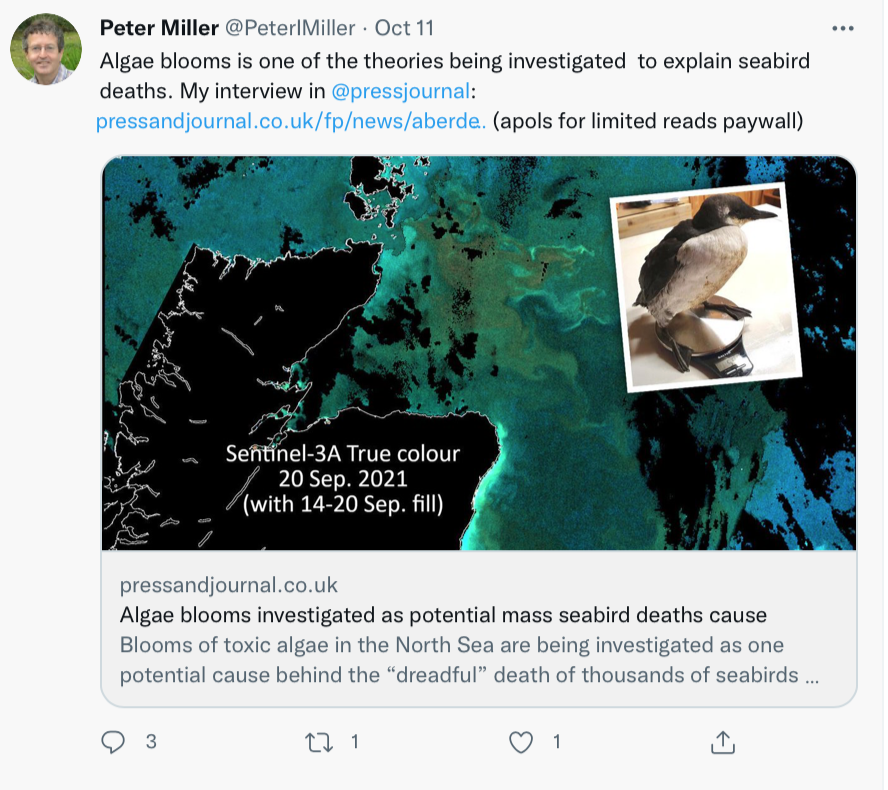