Basking sharks seasonally migrate to our shores during spring and leave during autumn. We have found that they arrive between April and June, with the breeding aggregation peak in July and August and then a southerly migration in September and October. They are mainly found around the western isles of Scotland, but at certain times can be found in the northern isles or even on the east coast. 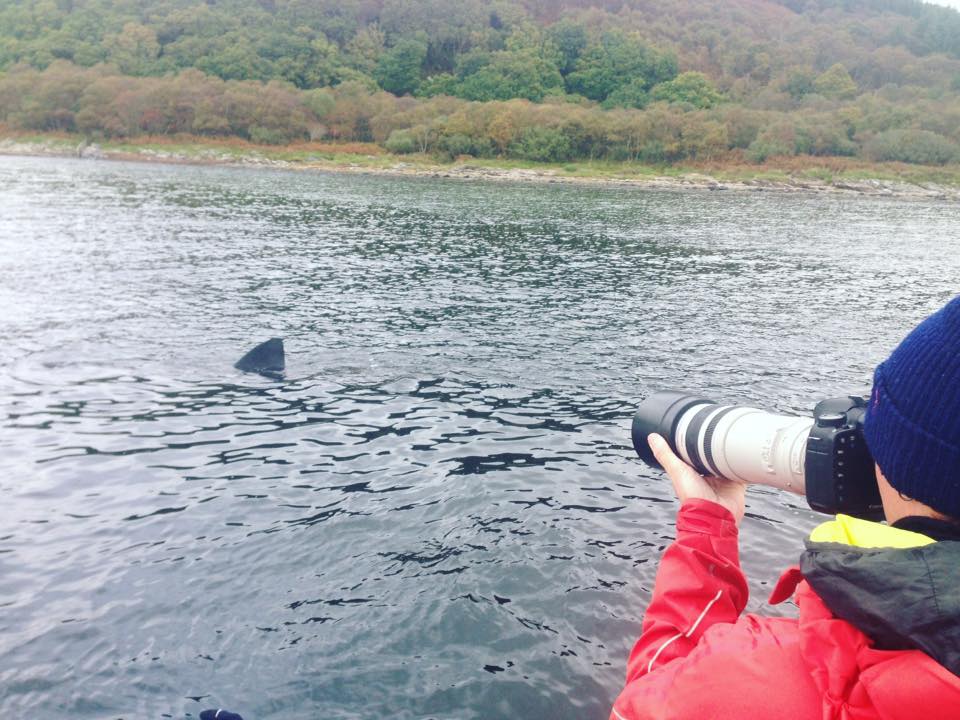 We receive a number of Scottish basking shark sightings from the public located all over Scotland. We collate these to help us to understand the sharks' migratory patterns. The Marine Conservation Society and Shark Trust all collect national data to provide to scientists. However we endeavour to capture the Scottish sightings to provide one complete data set. The more people that can submit their own sightings the better as this can provide a much larger data set than any of the individual groups can. In this way we can be the scientists’ fieldworkers as they have limited budgets to be in the field for short times.

We have been recording basking shark sightings since 2012 and have a long term project to monitor the distribution and abundance of the sharks. We combine both submissions from the public and our own observations during our tours or research trips.  This is both on a national level (Scotland) and on a local level (Hebrides & Clyde) where we are collaborating with the study into shark site fidelity, helping scientists from Marine Conservation International and Heriot-Watt university.

Please use the form below to submit your own sightings. If you have photos you can email them to us. However to be used in the photo-ID catalogue then it needs to be very close up on the dorsal fin. If in doubt please ask us.

Use Wufoo integrations and get your data to your favorite apps.