Can a Basking Shark Eat a Human?

Here at Basking Shark Scotland we love answering your questions on all things basking shark, and one of the top searched questions about our favourite filter feeders is - 'can a basking shark eat a human?'. We will quickly put your mind at ease and tell you the answer is no, basking sharks cannot eat people - phew!

Basking sharks are the second largest fish in the ocean growing up to an impressive 12 metres in length, whilst they are in the same order as predatory sharks, basking sharks have a much more mellow style of hunting. Basking sharks are filter feeders, meaning they feed exclusively on plankton and they are one of only three shark species to do so. 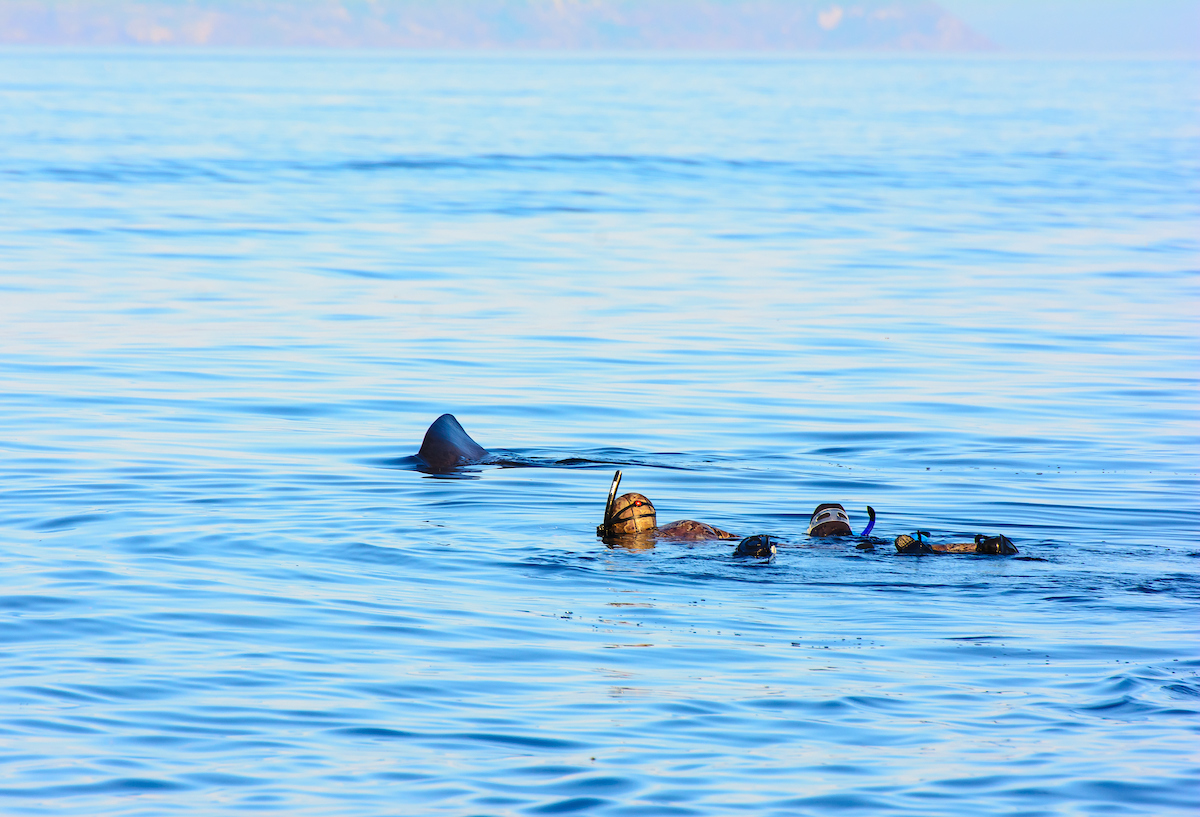 How big is the basking sharks mouth?

Now the reason you may have asked if it's possible to be swallowed by a basking shark is because they have ginormous mouths, up to 1m wide! It is reasonable to assume you could fit inside that big mouth, but thankfully their throat is much smaller, so even if you did manage to get yourself in the mouth of a basking shark it would not be able to swallow you. Finding yourself in this compromising position would be very unlikely as basking sharks have very specialised senses to make sure they find the correct prey. Including a powerful sense of smell and electoreceptors around their nose which helps them detect movement in the water. Their gill rakers filter through the water and sieve out the tiny copepods and zooplankton which they eat, larger animals wouldn’t fit through these gill rakers and it seems the basking shark actively avoids swimming in to anything to big to be filtered!

During our 10 years of shark swims we have seen sharks actively detouring around jellyfish (and never swallowing swimmers!), for such a large animal they do have an impressive ability to detect their favourite copepods which are less than 3cm in length! You can learn more about how basking sharks feed here. 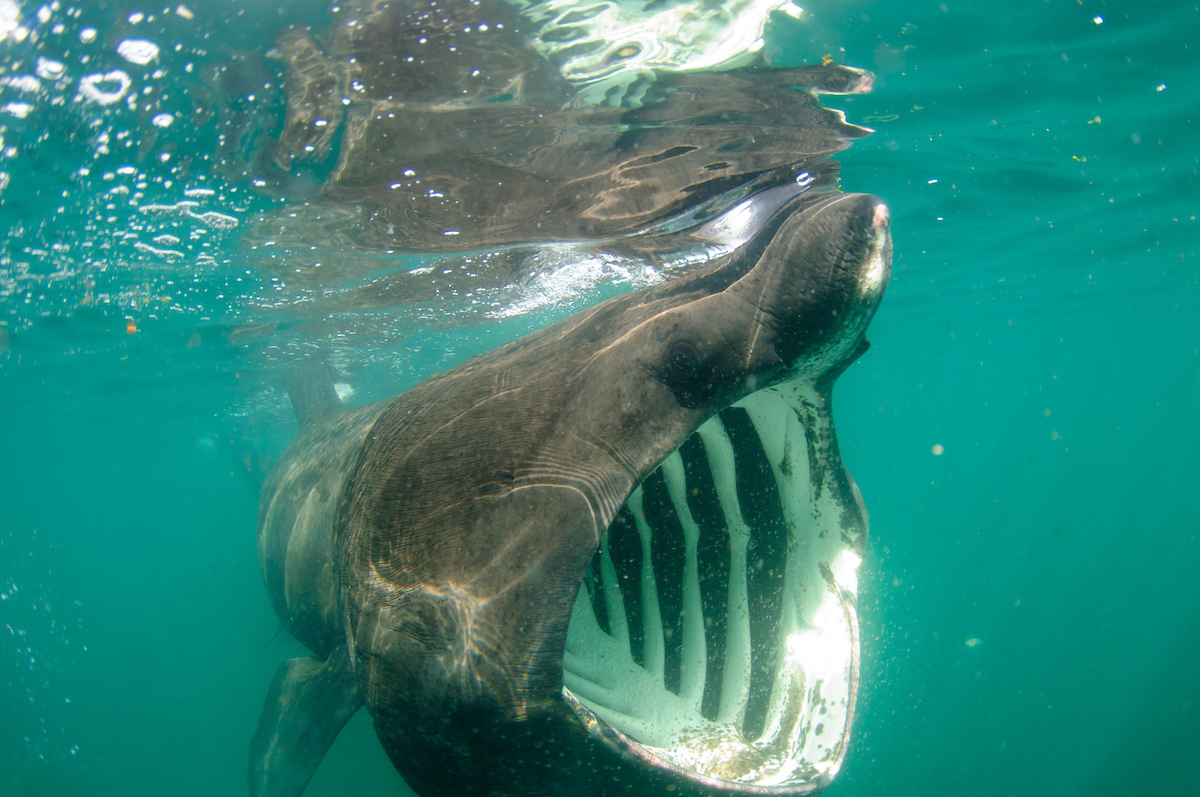 In general these large sharks are docile, gentle giants, posing no harm to humans. There has been one recorded incident where a basking shark reportedly caused the death of humans - in 1937 a breaching basking shark capsized a boat in Carradale Bay in Kintyre, unfortunately 3 of the 5 passengers onboard drowned. Witness statements at the time said there was plenty of sharks in the area at the time ‘breaching non stop’.

Weighing several tonnes a breaching basking shark landing on your boat could definitely cause significant damage, but as the records show this is an extremely isolated incident and we can safely enjoy the water with these amazing animals. Like most cases in nature we are more likely to cause harm to the sharks than they are too us, hunting of this species in the UK ended in the 1990s and fortunately they are now protected in our waters. If you are lucky enough to sight a shark make sure you are doing so responsibly by following the shark trust code of conduct, or join our expert team on our specialised basking shark expeditions here in the Hebrides! 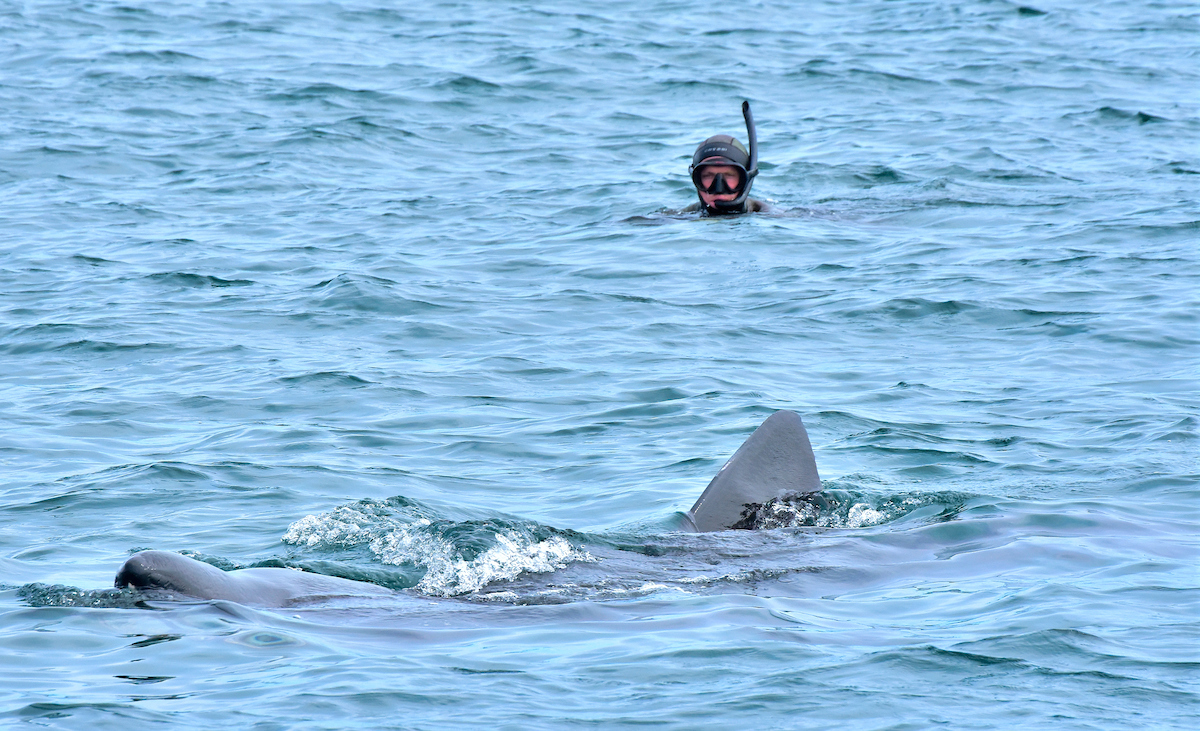 Pin this blog for later, or share with your friends! 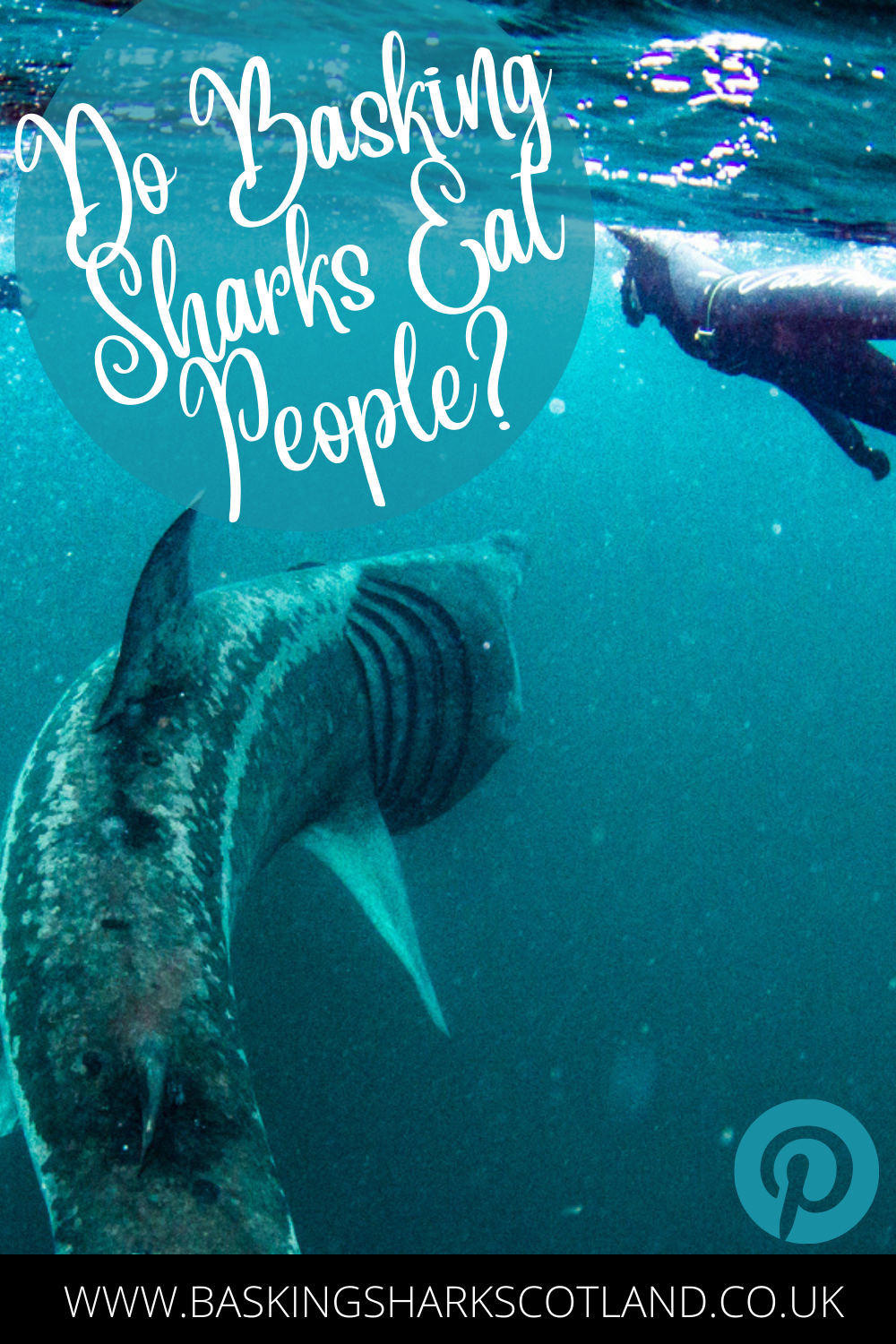