Can the Basking Shark Close its Mouth? 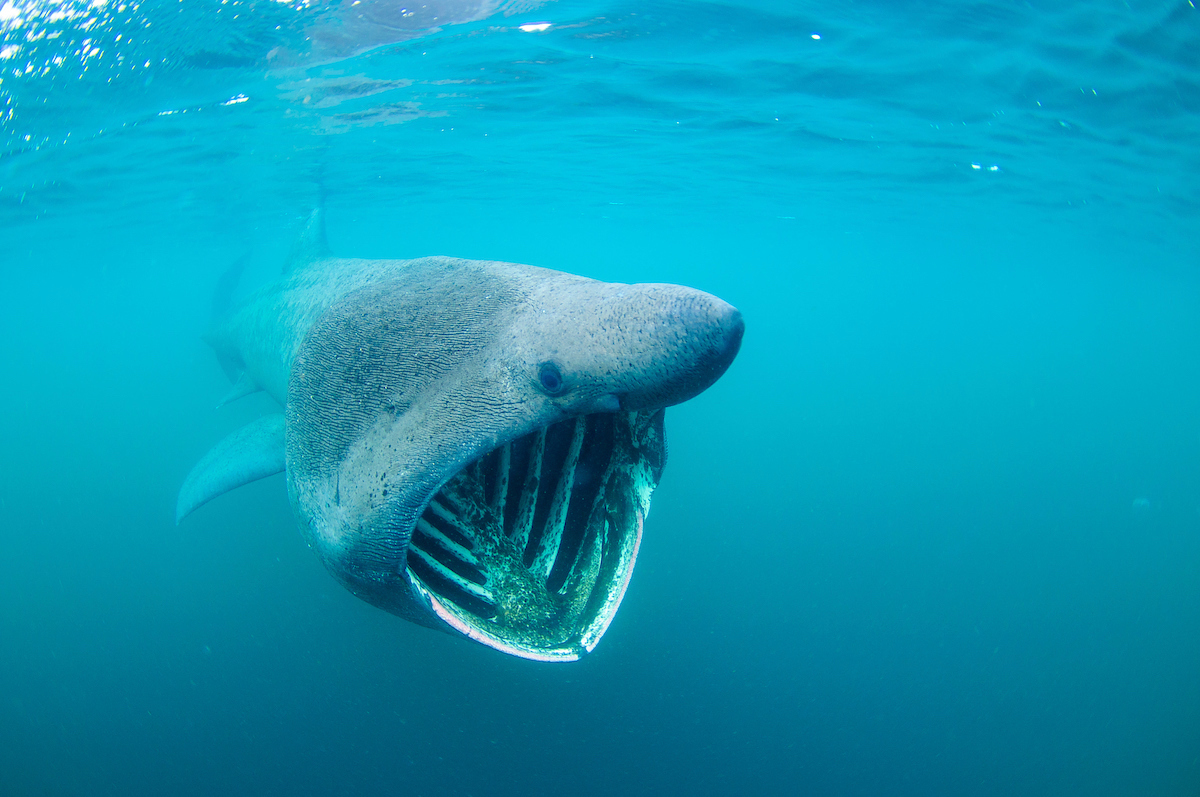 Why does the basking shark have its mouth open?

When we look at the large open mouth of a basking shark, which can be up to 1 metre wide, inside is a mechanism known as gill rakers. You might be more familiar with the baleen plates found in whales, and you can think of gill rakers as being very similar - they have a bristly structure which captures prey from the water washing through them. 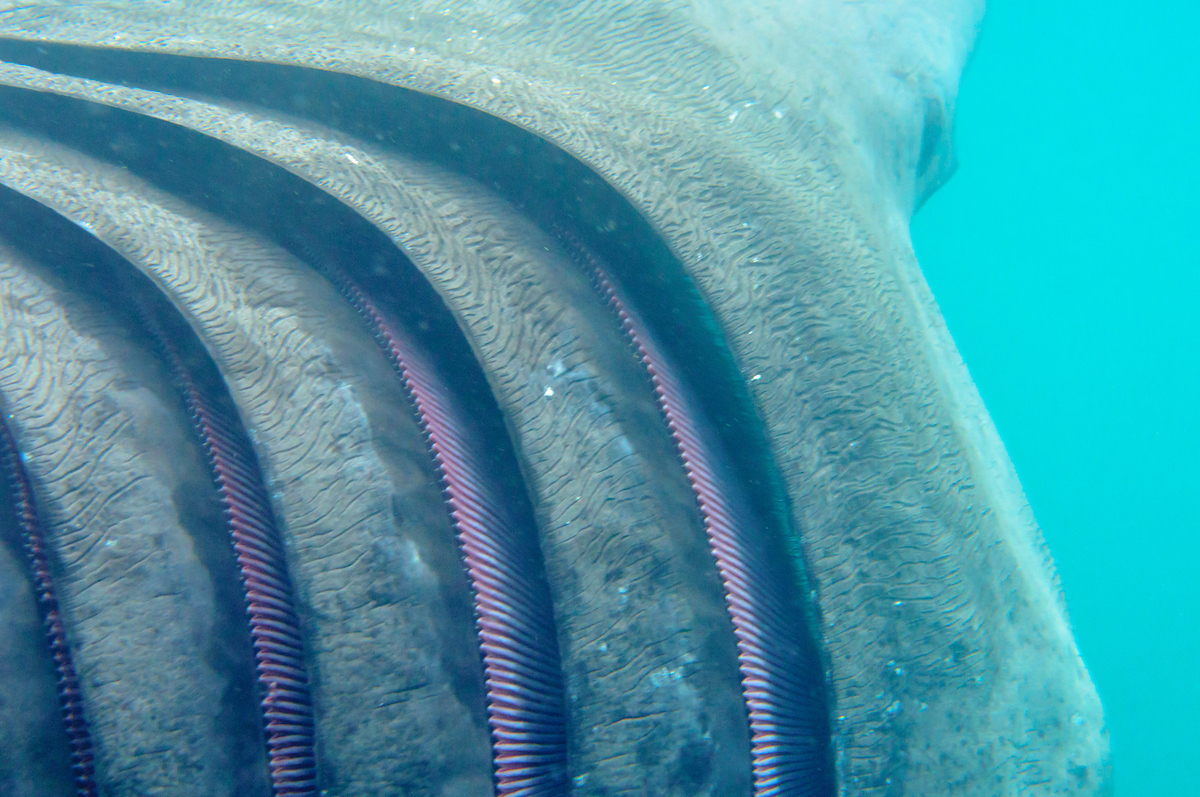 Considering they are the second largest fish in the ocean, basking sharks eat very small prey - zooplankton, which consists of lots of tiny critters, so to make sure they get enough energy they need to eat plenty of it! When we do see them swimming with their mouths open they are feeding, this is the main reason we see basking sharks on the surface during the summer months. Being typically a deep dwelling species they come to the surface because that’s where their food is at the time.

When do basking sharks close their mouths?

Now, imagine having a 1 metre wide mouth - walking round with it open all the time would get pretty tiring, and the same goes for the basking shark. Having their mouth open whilst swimming creates a lot more drag in the water, which means they spend more energy whilst swimming with their mouths open than closed. With their mouths closed basking sharks are much more efficient at swimming, and can even breach clean out of the water - they are the largest shark able to do this, and reach high speeds to do so. They are in the same order as the great white shark, and with their mouths closed their profiles look very similar! 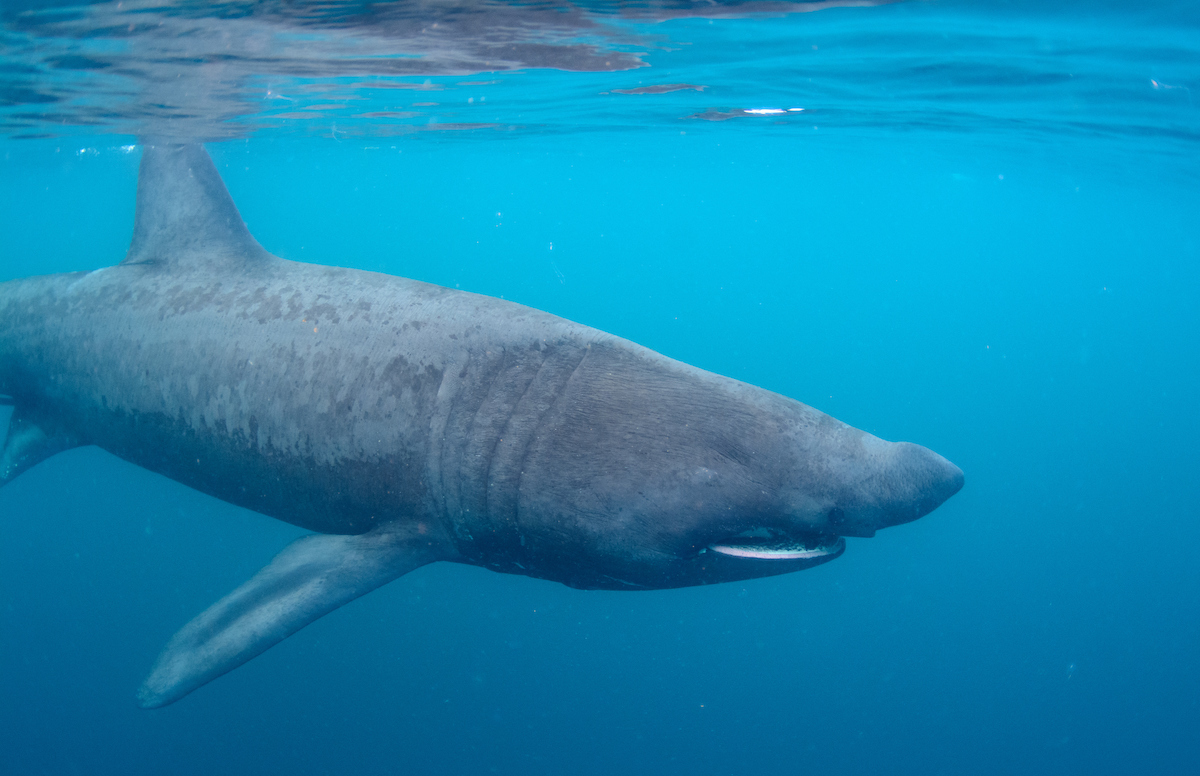 Basking sharks have incredible senses to sniff out where the best plankton patches are which means they only have to open those big mouths when the feeding is worthwhile, so whenever they are not feeding they will close their mouths.

Just like us, basking sharks need to swallow their food, so once they have caught enough prey on their gill rakers, they will close their mouths to swallow. We sometimes get to see this during our basking shark swims!

We hope you learnt something new about basking sharks today!

Save this blog for later so you can remember your new basking shark facts. 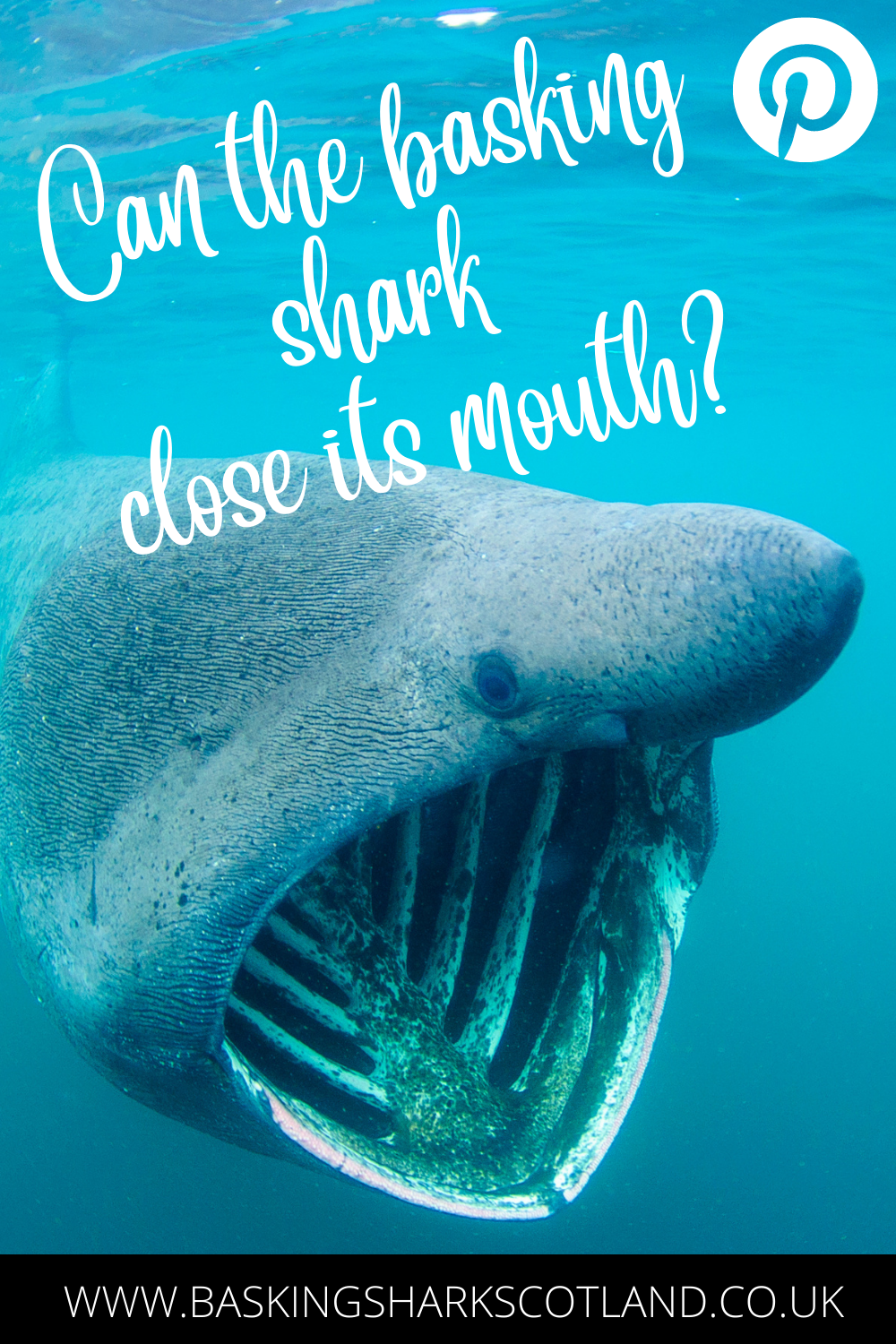