How the basking shark was given it’s name!

What’s in a name - how the basking shark was given it's name!

Our old friend the basking shark has a lot of history surrounding it’s name which changes over many areas and nations. Shane spent a bit of time during lockdown tracking down a few stories! 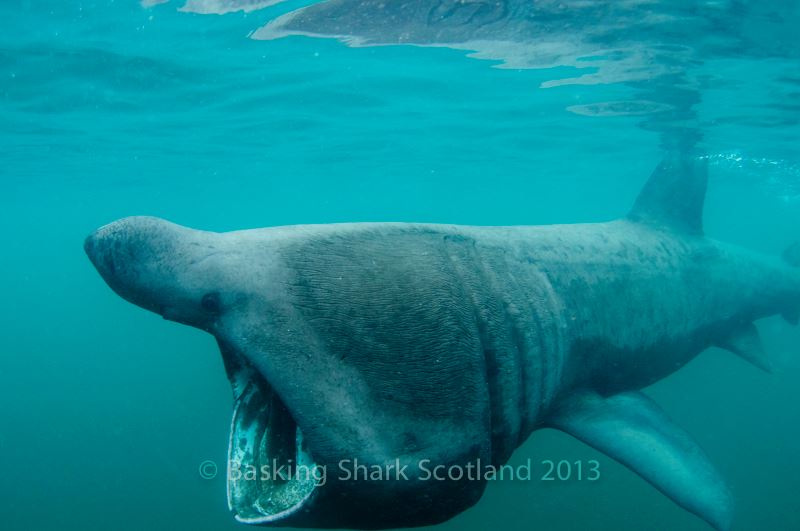 Cetorhinus maximus - this is the scientific name for a basking shark and does not change worldwide. So this is the only true name that doesn't change across the world. However it is a bit of a mouth to say!

Breaking down the parts of this name reveals things about the sharks features. The original description was given by Gunnerus, a Norwegian bishop and botanist who described a basking shark in 1765. Originally it was named as Squalus maximus - meaning greatest/largest fish/shark (and at that time in Europe they were unaware of the larger whale shark). There was also a number of other naming suggestions over the years, but the accepted and more recent latin name can be broken down as follows:

Ceto - from the Greek Ketos meaning sea monster or whale.

maximus  - from latin for greatest/largest. 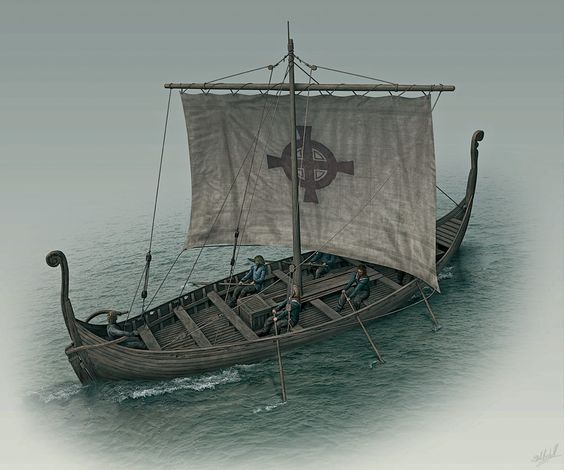 Before we get into the common name, basking shark, it’s worth mentioning the Scottish (and Irish) names for the basking shark as this will give clues to the origins of the current name.

There are a number of names for the basking shark around the Scottish and Irish coast with the sharks being very abundant here for centuries. With many islands the sea was the highway for transport and trade. You see many castles next to the coast as whoever controlled the waterways then controlled the area. Fishing was also important through the ages to provide food. So as maritime people, our ancestors would have also lived along side the marine life. Although we don’t have a large history, as much of it would have been before written accounts, names give clues to some of the stories.

There are differences in the names within Scotland as there are many dialects and influences such as Gaelic and norse. Our own favourite is the Scots Gaelic, cearban, which is what our boats are called. As we move around the coast, pricker is an obscure sounding one from the NE coast and perhaps a Doric variant. In Shetland they have brigda, which would have Norse connections. Then there are others such as carfin, muldoan, hoe-mother and the more recent popular ones of sailfish and sunfish.

Sail-fish is a interesting one, it likely originated from the huge dorsal fin which can stick out of the water like a sail. The Irish also had a gaelic name for this which was Ainmhí Sheoi. This translated to beast with the sail. However it is not to be confused with the actual sailfish which is the fast fish with the long bill and very long connected dorsal fin.

We then get to name sunfish, which could be the connection to our modern common name. As the sunfish name is historical then there is no exact answer, but this is the widely accepted origin. 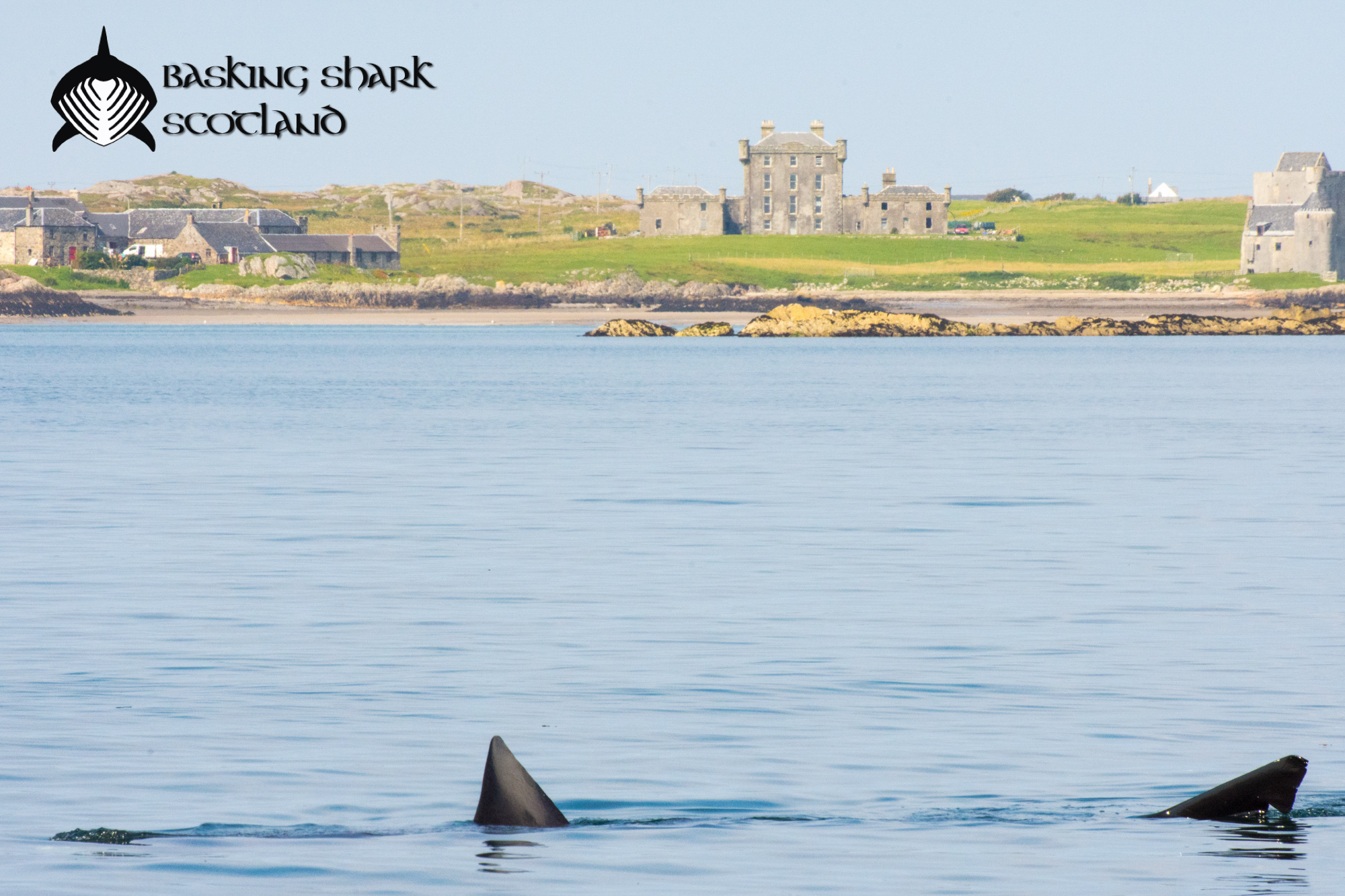 In terms of basking shark behaviour, when weather is settled with calm sunny seas, it’s much easier to spot basking sharks at the surface. These conditions can also lead to very concentrated plankton making surface feeding much more efficient and desirable for the sharks. So you are much more likely to see them during these conditions.

This is not always the case and they do feed at varying depths depending on the conditions at the time. The early mariners may have connected the sharks increased presence, by spotting them more often during these conditions nd connected this with the sun and named them sunfish.

It's like putting 2+2 together and getting 5. There are some elements that are true but the end result isn't quite right. This then leads onto the most modern name ‘basking shark’. 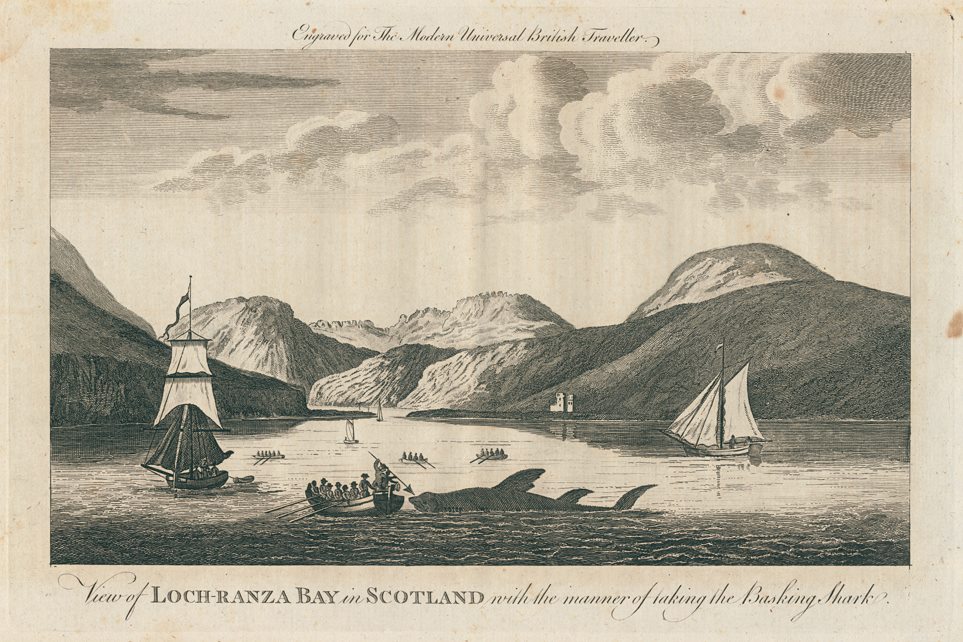 In 1769 Welsh Naturalist Thomas Pennant invented the new name ‘basking shark’ to remove confusion with the already named sunfish. He had also toured round Scotland (and witnessed a basking shark following at hunt at Lochranza in Arran (although this was 1772 after he had given the name).  Although at this time ‘sunfish’ was more likely to be used in Wales rather in parts Scotland, which had the specific names above. In Irish Gaelic ‘liamhán gréine’ - means great fish of the sun. If translated at the time then they all have the same connotations.

The name had changed but the meaning behind it was still mistaken. They still thought that the shark was basking at the surface in the sunshine (perhaps assuming this based on behaviours from other animals).

So as a common English name we have had basking shark ever since! But as we all know - they are not basking! Perhaps we should start a campaign to change the name to something more accurate! What would your choice be? For some ideas see below for some other names from around Europe!

What we need to remember is that the basking shark name is an English common name and not applicable in other languages. Other countries have different common names for Cetorhinus maximus to give the shark it’s correct name.

The common name translation here is ‘giant shark’, and of course relates to their size. You do wonder that it was likely given at a time when the whale shark wasn’t known about (as this is a larger species than the basking, truly a giant shark!) but does not occur in those waters.

Translating to English this means ‘elephant shark’! This name perhaps references the sharks protruding nose whilst feeding. Or perhaps the skin texture, which looks very elephant like! In recent times there seems to be a number of juveniles sighted in certain parts of the Itialian coast. If there is a nearby pupping ground that has been for many years, then perhaps the name originated for the odd looking snout of the young ones! For a blog of when we had out first sighting then see here.

Again another interesting translation and one at face value is perhaps one of the nicest names, but a red herring in it’s origin.

Due to recent scientific discoveries with tagging, far more has been discovered in the last 10 years than we ever knew about their huge migration paths. They can travel thousands of miles and dive to well over 1000m in depth. 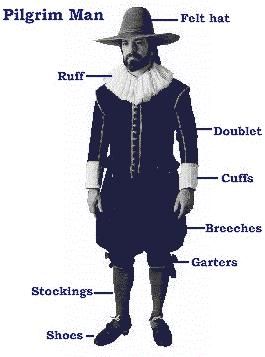 In terms of a name, the translation is pilgrim shark and connects nicely to this migration with reference to a pilgrimage! Of course a migration to the stunning Hebrides could easily be called that along with the presence of St Columba’s Abbey on Iona then there are many that do make a real pilgrimage! (nothing to do with this actual name though).

Despite the nice inferences to pilgrimages and journeys and how that really fits nicely with the sharks travels, there is evidence that the name pilgrim doesn’t make reference to a journey at all. This is likely, as at the time the name was given, the sharks migration was not yet known and they just appeared at various times. In fact, many people assumed that the sharks just went to deep water outside of summer, so why would they have used the name pilgrim shark?

The references for the pilgrim names in French comes from Alfred Brehm, a German Zoologist. In the 1885 French Edition of his book, Les poissons et les crustacé , the pilgrim reference was noted to the shape of the basking sharks gills looking like the coats/collars of pilgrims and specifically the frills of the collar. Of course much of this area of Europe was highly religious at the time so this type of connection would make sense! 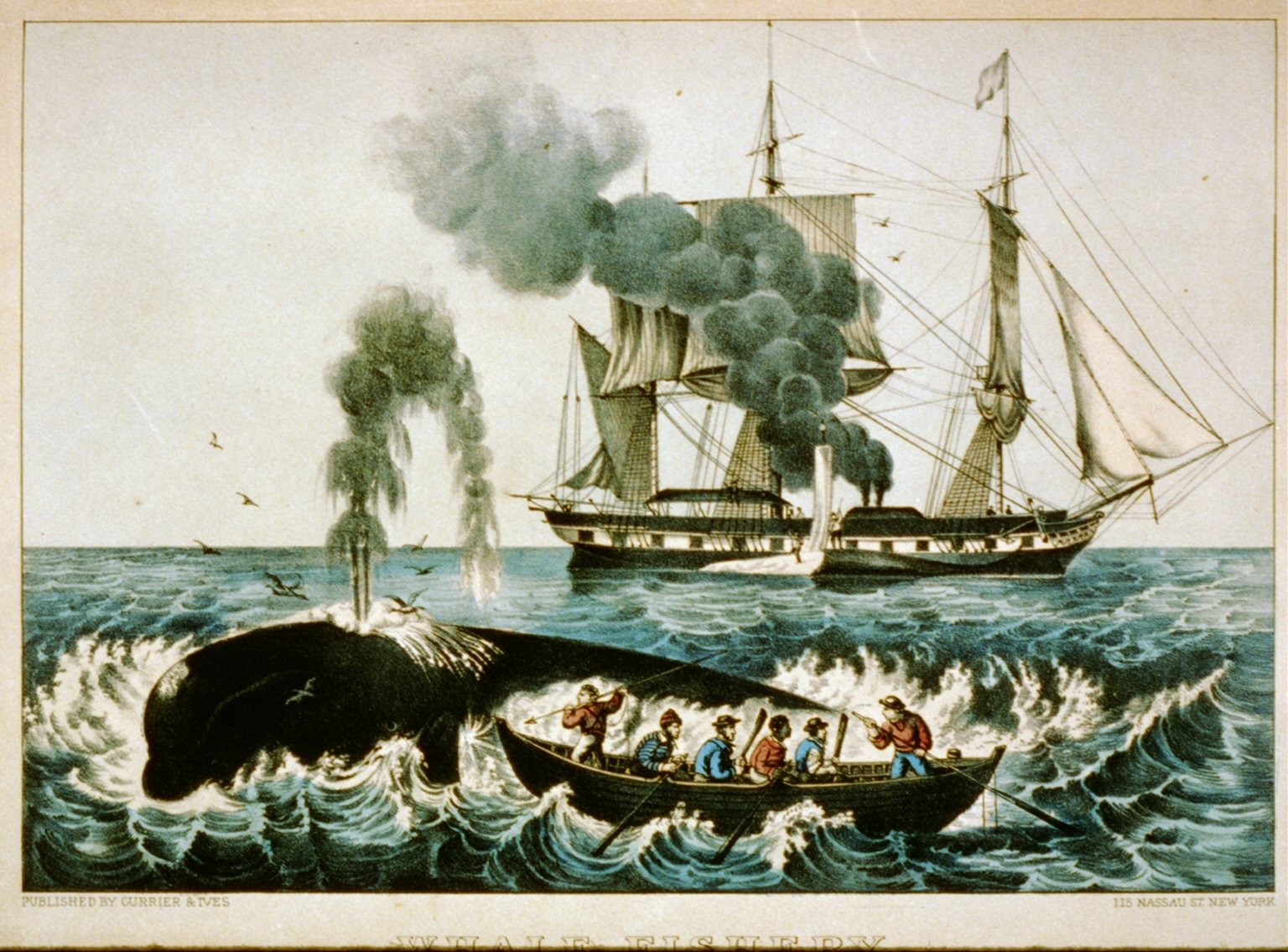 Another interesting name is bone shark! Which is an odd choice, as we all know that sharks have cartilage and not bones. They are very unlike whales for example where a washed up carcass can leave a large skeleton, the sharks cartilage skeleton breaks down rather quickly and doesn’t resemble the full animal. However in that lies the link to the name.

It is said that the name links back to whalers and they attributing features of whales in naming them. The resemblance or comparison of the large gill rakers of the shark to a whale bone structure or balleen was where the ‘bone’ element originated.

Interestingly, the name bone shark (Beinhákarl) is also used there, perhaps an influence from the early whaling days. There is a written history of this name going back to 1874 but we haven’t found an exact reference to the ‘bone’ element. We could suggest there may have been a connection with mariners and whalers sharing the term from the US/Canada. However it was mainly Norwegian & Spanish whaling fleets in Iceland! However this would remain the most likely origin. As English is also widely spoken in Iceland, they are also known as basking sharks too.

We had one of our followers on social media send us the Polish version. They advised that a couple of names include 'długoszpar', which means long crevice and alludes to the long gill slits on the sharks. They also have 'rekin słoneczny', which means sun shark and has a connection to all the same meaning as above!

If any of our followers from other countries have different names and versions it would be great to hear them!