If you haven't aleady seen some of the amazing footage our amazing day with the two humpback whales off Coll last summer then check out the video below!

Since then over winter 20/21, our clients Emma and Rosie along with Shane have been working with Lyndsay Mcneill from the Scottish Humpback ID citizen science project. We created catalogue entires for our two whales we spotted after a few long evenings going through photos to enable records of left/right side and tail fluke of the animals. These records are very similar to the photo ID work with basking sharks that allows us to track animals when they are re-sighted again. It's a laborious task and creates a lot of work but when it all comes right it pays off big time!

Lyndsay contacted us on Sunday as there was some humpbacks spotted in the Firth of Forth (btw Edinburgh & Fife) over the weekend. Photographer Greg Macvean had taken some great pics on Sunday that could be used for ID and.....it looked very like the whale from last summer! A frantic evening of messaging and comparing images led to the confirmation it's the same animal!

There are 173 days between the sightings and who knows how far they have been in the interim period. Humpbacks have a migration route between the Arctic and Tropics. Travelling north for winter to the rich feeding grounds then mating/calving in the warmer tropics.

Through the followers of the Humpback ID group, and shore whale watchers there was some really excited kids who were given the opportunity to name the whale. They chose Barney, due to the barnacle on the dorsal! However this ties in really nicely as this was the first thing that caught Lyndsay's eye and triggered her memory of our images from Coll.

Norwegian research scientist Audun Rikardsen has satellite tagged some whales over the last few years in the Arctic. The results of his teams work spectacularly shows their migration route (the picture also includes orca). Although it doesn't show any pings off Scotland, it gives a good idea of how they would pass by. There is even a theory that the sub-adults may not travel as far as the full route. Perhaps with the such a productive season for fish stocks, the abundant food have enticed them to hang around more!?

It's a great day for citizen science and we're all super excited to have this result! Some positive news in amongst the current Covid doom and gloom! 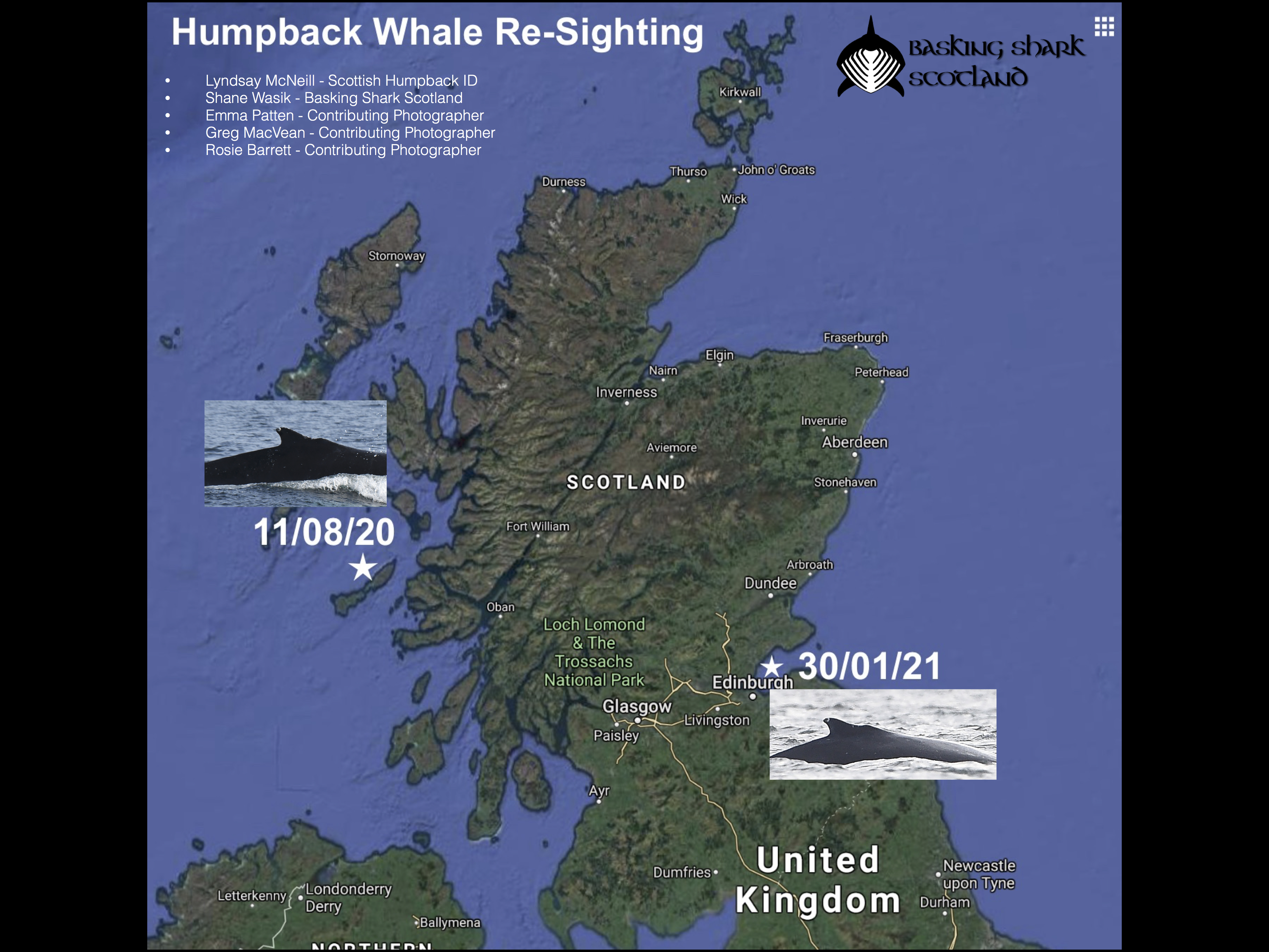 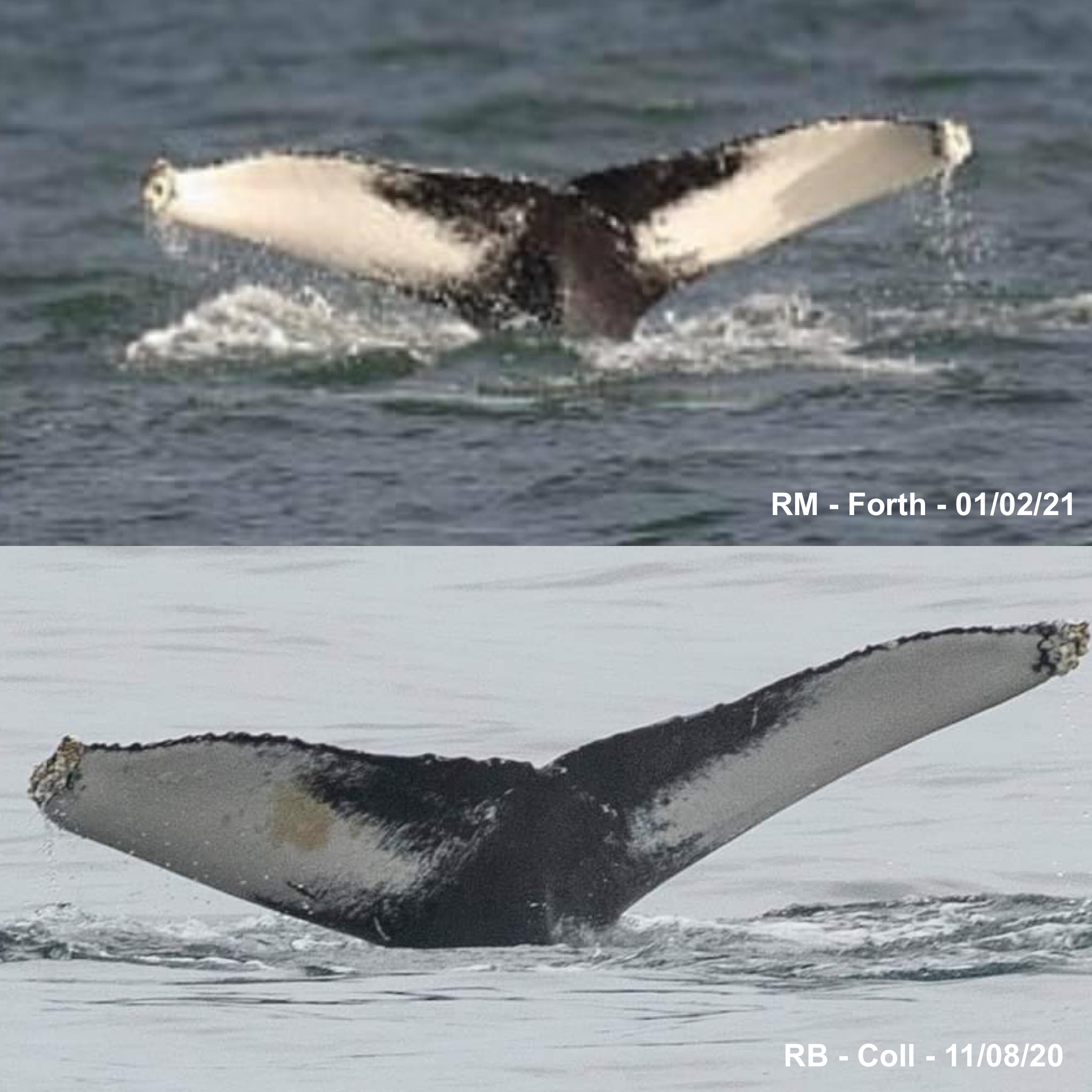 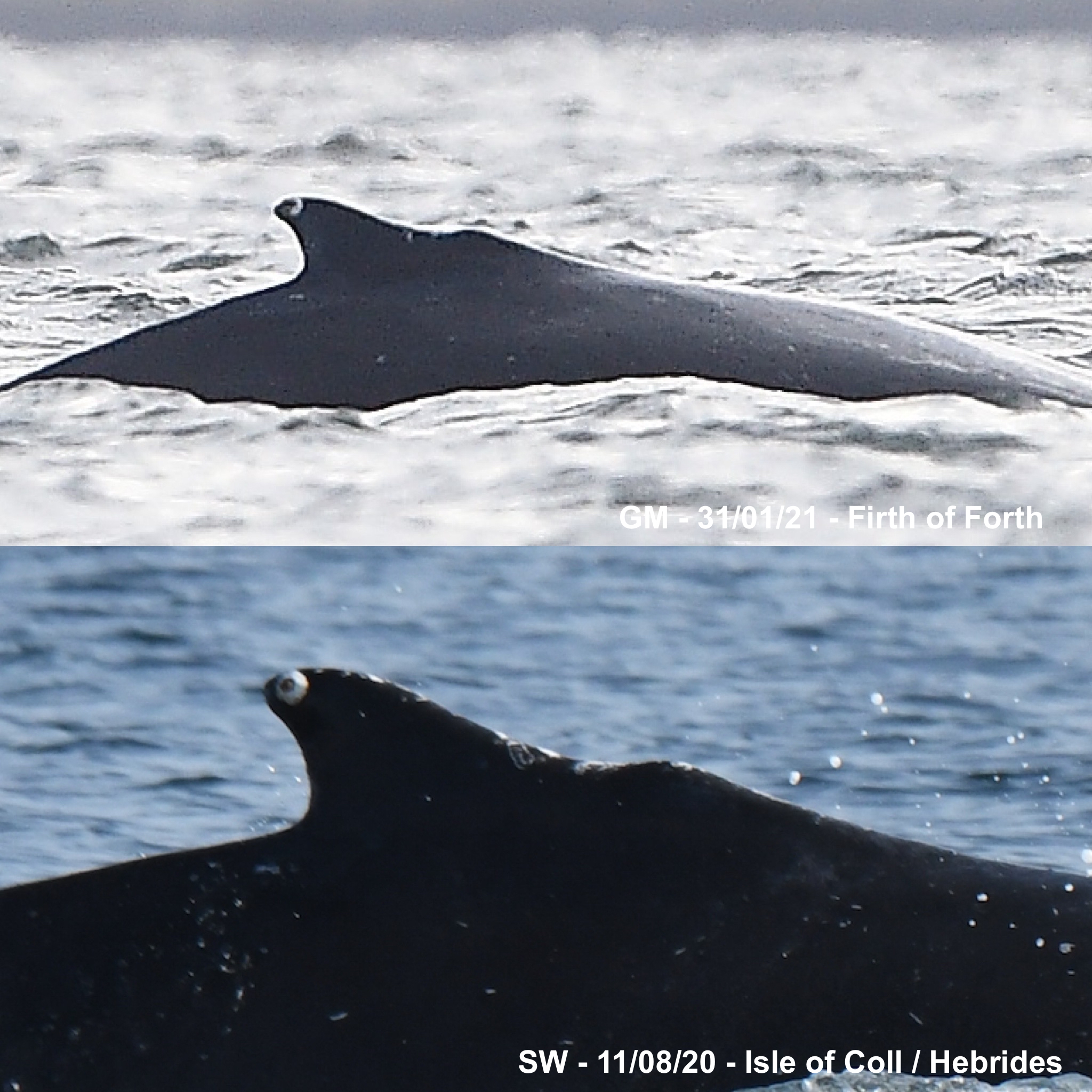