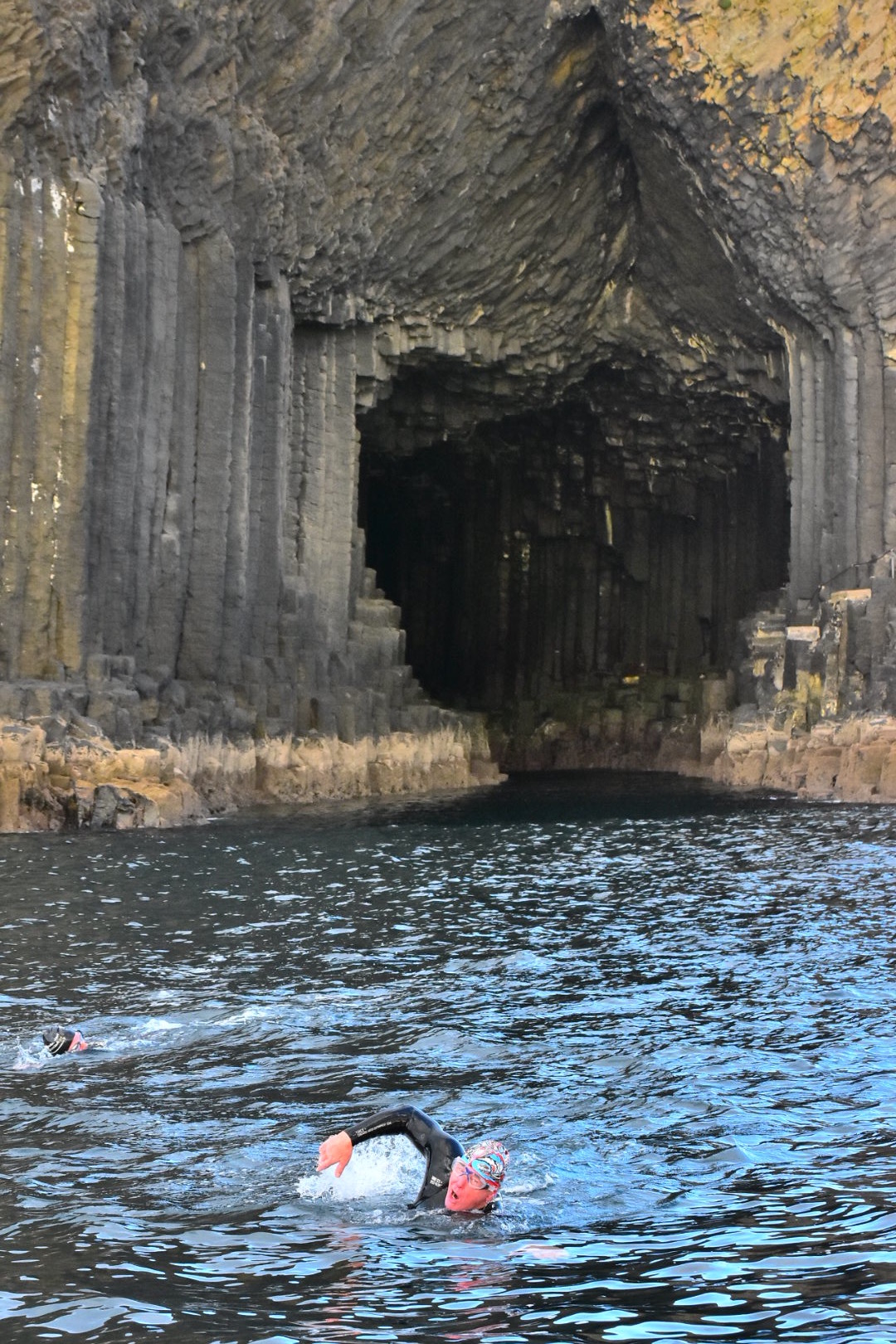 Ready to swim Fingal’s Cave? A swim of giant proportions!
The Isle of Staffa is steeped in Hebridean history and folklore. Once visited by the famous naturalist Sir Joseph Banks, Queen Victoria and Felix Mendelssohn, the latter took his inspiration when composing ‘Hebrides Overture‘.
A story not quite as well known, is the legend of Fingal the Scottish giant! A pesky giant of the Hebrides, he engaged in some banter with his Irish counterpart Finn McCoo l. Staffa has the same geological rock as the Giant's Causeway and it is said that this hexagonal rock is the remains of the causeway built by the giants to battle each other! It’s even said that a giant still lives in the cave, capturing unwitting travelers and keeping them in hanging bottles at the rear of the cave. We haven’t seen any yet, but we always keep our wits about us!

Stories aside, the basalt columns and 60m long chasm which forms the cave is a stunning piece of nature and is regularly on wonders of the world and bucket list blogs. Visiting the island and cave on a tourist boat is a great thing to do, but we like to do things differently!

The main Fingal’s cave, along with all the smaller caves around the island provide amazing opportunities to see the geology and spectacle of the location at sea level. Either by snorkel or by swimming, you can see an entirely different perspective. Floating in the mouth of the cave, it’s stunning to look straight up the basalt pillars and rock formations then dip your head under water and see the colonies of marine life. Some of the offshoot caves have smoothed rock faces and geology that has to be seen to be believed. 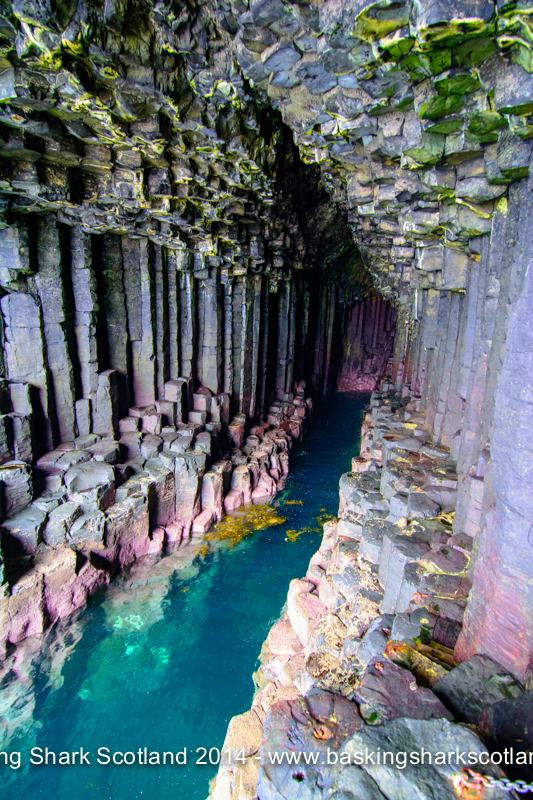 Another way we like to explore the area is via kayak or SUP. Deploying from our large RIBs you can easily paddle around the cave to marvel at the spectacle from water level without getting too wet!

We usually visit Fingal’s Cave during our multi-day tours of the Hebrides, however we organise specific swimming tours here as part of a larger itinerary. Staffa is exposed to the Atlantic weather so even in calm periods you can still have a big swell, so to guarantee a swim you need to spend a few days in the area to catch a weather window. The cave is around 3 hours by our fast boats to reach from Oban; when based on Coll it’s only around 30-45min away.

We are offering this as a day tour from Oban or Tobermory (Mull), however it's at least a 10 hour tour and around 100miles so it's an expensive trip with minimum numbers required. Of course if we have settled weather and enough people then you're in for a total epic day with all the place and wildlife to see along the way. The cost is £200 per person.

Contact us for bespoke itineraries to visit the cave for groups or check our our multi-day tours here. We visit here on all our scheduled three, four and seven day shark tours. Otherwise we can put together multi-day wildlife and adventure tours such as this.

Click here for more images of this stunning location!

Please check in 06:45 for boarding & briefing. We will take our route either through the sound of mull heading NorthWest or West via south Mull.

We will have a short stop here for a comfort break and pick up any Mull based passengers. Our route round the coast will have chances to spot eagles, porpoises, dolphins, whales & seabirds.

We'll have a few hours for our activities, whether than be swimming, kayaking, SUP'ing. If we have boat based passnegers there may be a chance to land but generally most people will be involved in the activities.

We'll arrived back to Tobermory around 3, dropping off our Mull passengers and Oban people will get a chance to have a comfort break before the remaining trip back down the sound of Mull.